Omaha Beach was the name given to one of two positions where U.S forces landed in Normandy on D-Day, 6 June 1944. The other was Utah Beach.
The action in the scene is indeed very close to actual historical events. As shown in the film, many soldiers suffered from sea sickness. Many were shot even before they could reach the shore. Once ashore it was difficult to join up with other units on account of the heavy enemy fire. German machine guns in fortified positions shot at them, and they were continually shelled by artillery.

Spielberg meant to honour those who fought, and so he did not want the battle to look romantic as many World War II war films before had done. He wanted to show the real suffering and intense emotion of the soldiers.

The Landing scene was enormously difficult to do. The cast had to be militarily trained to do as the actual soldiers would have done. Attention was paid to every little detail of costume and scenery and military equipment.

Here are some images from behind the scenes of the movie. They show the stars relaxing between takes and the Director setting up shots. The photos provide an insight how a great war movie was made. 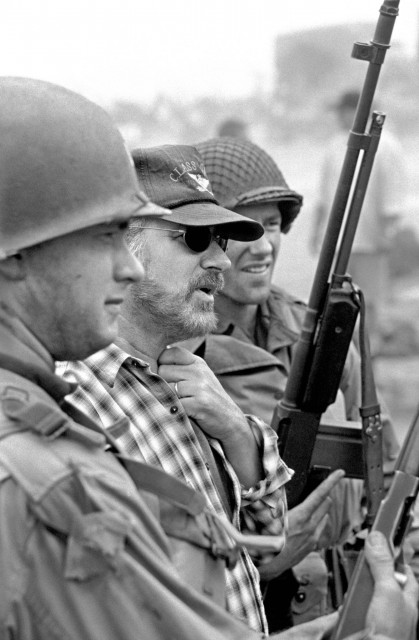 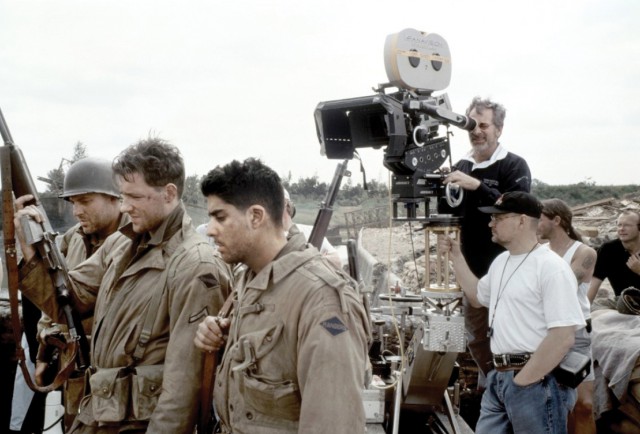 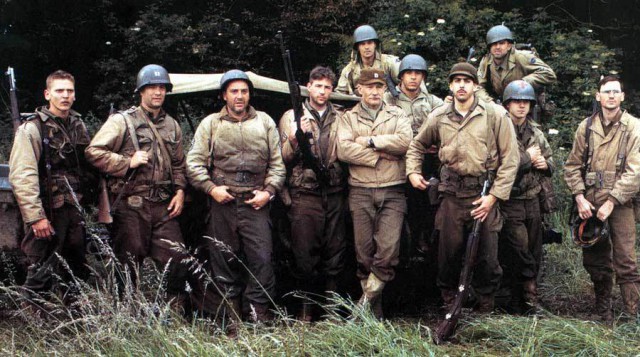 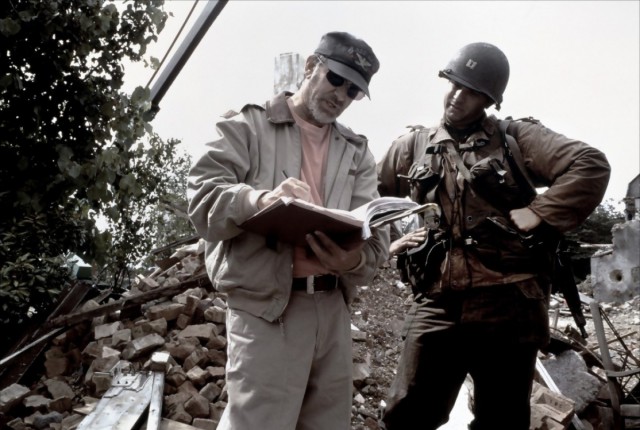