Isoroku Yamamoto was the Japanese Imperial Navy Admiral and Commander-in-chief who masterminded the attack on Pearl Harbor December 7th, 1941. He was hated by U.S. leaders for the surprise attack and they wanted revenge. Further inflaming the situation was a quote from Yamamoto circulated to U.S. officials that he planned to negotiate peace with them when Japanese forces had reached the White House.

Though these facts are true, they are only fragments of a broader portrait of a complex man. To help reveal a fuller picture of the commander, here are 10 facts you might not have known about Admiral Isoroku Yamamoto.

1.Yamamoto was the son of a samurai

Yamamoto’s father was an intermediate-ranked samurai in the Takano family in Nagaoka, Japan in 1884. In 1916, he was adopted into the Yamamoto family, which was a common practice for samurai families with no sons to carry on their name and rank. Yamamoto was very attached to Japanese traditions, such as spending time with geisha and avidly practicing calligraphy. He was also a keen gambler, enjoying a wide range of games which presented him with an intellectual challenge.

2. He was badly injured in the Battle of Tsushima

In late May 1905, the Russian Baltic Fleet completed a journey of over 18,000 nautical miles to reach the Far East and engage the Japanese Imperial Navy, which had been dominating the small Russian fleets at the far end of their Empire, keeping them corralled in port.

The Japanese destroyed the Russian fleet, sinking 21 ships, killing 4,380 men and capturing 5,917 others. In comparison, the Japanese lost just three torpedo boats and 117 men. Yamamoto was among the 583 injured Japanese men. He lost the index and middle fingers on his left hand and carried many others scars.

He studied at Harvard University from 1919-1921 and in the mid-1920s spent several years as a naval attache in Washington, D.C. He learned fluent English and traveled America learning its customs and studying its business practices. He also learned the card games bridge and poker and became an avid player.

4. Yamamoto was outspoken against war with China and the U.S.

He opposed the war with China from the outset, a position which was far from popular with the rest of the Japanese government.

On top of that, while many officers in the Japanese Imperial Army and Navy welcomed the prospect of a war with the U.S., Yamamoto knew that they couldn’t win a prolonged conflict in the Pacific and openly said so. In 1939, he was promoted to Commander-in-Chief of the Combined Fleet by the Navy Minister, a fact that may have saved his life. Rumors of a potential plot to assassinate him were circulating, and killing Yamamoto would have been much harder if the Admiral was at sea, surrounded by officers and men loyal to him.

5. The attack on Pearl Harbor was Yamamoto’s strategy to stall the U.S. Navy as long as possible.

Yamamoto long claimed that he could control a war in the Pacific for six months, maybe a year, at best. But he knew a rapid advance from the better supplied and more populated U.S. would eventually overwhelm their defenses.

Bowing to the command of higher ranks, however, he orchestrated the December 7th attack on Pearl Harbor in the belief that crippling the U.S. Navy’s fleet would buy Japan the time it needed to take crucial territory in South East Asia and Dutch East Indies.

6. Yamamoto sought a decisive naval battle with the U.S.

Looking to the example of the Russo-Japanese war, which ended with the spectacular Japanese victory at the Battle of Tsushima, Yamamoto wanted to draw the U.S. Navy into a battle that would decide, then and there, who ruled the Pacific. With a Japanese victory, he hoped the U.S. would be forced to negotiate for peace.

Though the Japanese high command favored taking a defensive position to draw the U.S. westwards and meet them around the Philippines, Yamamoto knew attrition would work against them in a long conflict. He convinced his superiors that an offensive position was best.

7.Yamamoto sailed his fleets to Midway, seeking this decisive battle

He began by bombing the U.S. Marines and aircraft stationed at Midway Atoll on June 4th, 1942 with formations flown off of the four aircraft carriers in the First Mobile Force.

Unfortunately for Yamamoto, U.S. Intelligence had long since broken Japanese Naval codes and the U.S. Navy knew exactly what he had planned at Midway. Suddenly, his fleet was attacked by aircraft from two U.S. carriers several days before their anticipated arrival. He was caught completely off guard and all four of his aircraft carriers were destroyed.

Instead of a decisive battle and Japanese victory, Yamamoto’s naval forces were crippled and the U.S. gained the upper hand for the remainder of the war.

Yamamoto was a huge proponent of naval aviation and saw to it that the central pillar of the Japanese Imperial Navy was its aircraft. Though light on armor, Japanese naval aircraft were superior in range and maneuverability, making them a deadly strike force for Pacific warfare.

With four aircraft carriers lost at the battle of Midway, however, the Imperial Navy was never able to recover the strength of its main asset.

9.Yamamoto was constantly plagued by a lack of cooperation from the Imperial Army

Yamamoto was already unpopular with his superiors for his opposition to the wars with China and the U.S. and doubly so with the Imperial Army high command, which was  especially responsible for the aggressive policies of  the Japanese government. Now, after his defeat at Midway, he had lost face and had lost the support of the Army and senior ministers.

The remaining naval battles that he fought in an attempt to stop U.S. gaining momentum were coordinated with Japanese Army operations. The Army often didn’t hold up their end in the operations, rendering the naval actions ineffective and slowly bleeding the navy of even more ships and men. 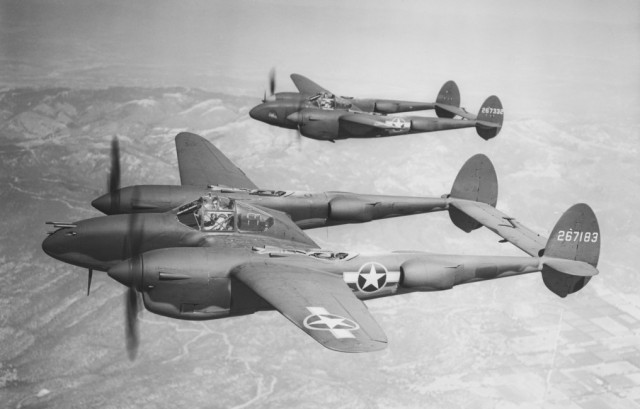 Having intercepted Japanese communication that Yamamoto was flying in for an inspection tour of his forces on the Solomon Islands, the U.S. dispatched 16 P-38 Lightnings on a mission to shoot down Yamamoto’s transport plane. The mission was a success, Pearl Harbor was avenged, and Japan took yet another major hit to their defense of their Pacific conquests.