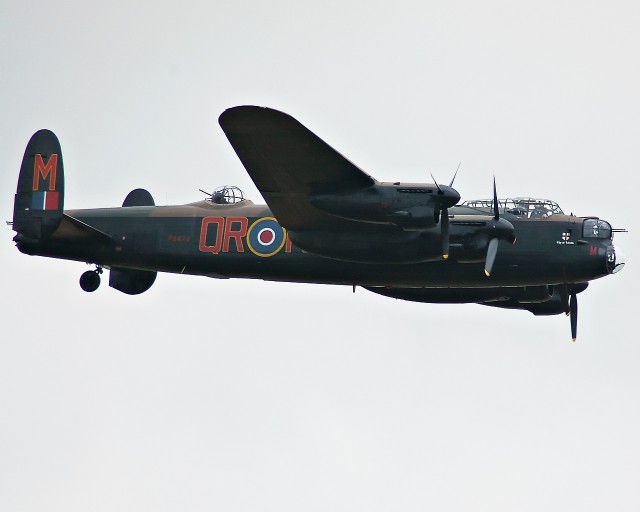 This radio chatter clip is from a Lancaster Bomber which is flying a mission over Germany during World War Two. The bomber is attacked by a German fighter later on in the clip. The crew seems to panic as the fighter engages them, and the captain at one point shouts “Okay, don’t shout all at once!” Eventually one of the gunners manages to bring down the German fighter.

Vietnam War Radio Audios are cool but to hear one from World War Two is especially rare and unique!

Image credit: “Avro Lancaster B I PA474” by Kogo – Own work. Licensed under GFDL via Wikimedia Commons