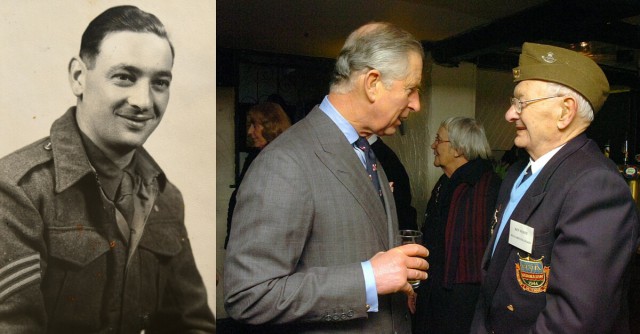 A decorated veteran of the Second World War, who took part in D-Day invasion and a number of battles in North African, has passed away just a few months before his 100th birthday. Ken Scott was not only respected as a veteran of the War, he also made his name as a very active member of the community winning hearts and minds of all he ever came across.

Ken often described to his friends that he has seen the worse of humanity and that is one of the main reasons he wanted to play his role for the well being of common folk. Ken Scott fought the Nazis in the North Africa taking part in a number of battles, before enlisting for Durham Light Infantry. This induction landed him an opportunity to be the part of one of the most significant event in the War, the D-Day invasion.

Ken Scott died last Friday peacefully at Ashgrove House Nursing Home. Local legion branches are planning to honor the brave veteran and beloved community worker, a guard of honor before he is laid to rest.

Ken’s contribution to the local community of Wootton Basssett is no less heroic than his time during the Second World War. He served as the Mayor of Wootton Bassett from 1984 to 1985. During that period till very recently Ken teamed up with a number of local workers to build a Memorial Garden in the town.

He could be seen around the Memorial Garden on his mobility scooter with a personalized nameplate, just days before his death. Tom Blundell, who chairs the Royal Wootton Bassett British Legion, described Ken as one of the important pillars of the community. He added that one of Ken’s favorite hobby was to collect all the tributes and letters of the fallen soldiers during the repatriation ceremonies, in order to save them from getting lost.

Local community members described Ken as an honest and brave person. Ken would always speak his mind no matter what, a quality that made him stand out and earned him great respect among locals. Till his very last days Ken was very much involved in debates and discussion about world affairs and politics. He was a passionate conservative and openly criticized government’s policy where he thought they were wrong. His tireless efforts for the poppy appeal are another of his contribution towards the cause of the war veterans, the Swindon Advertiser reports.