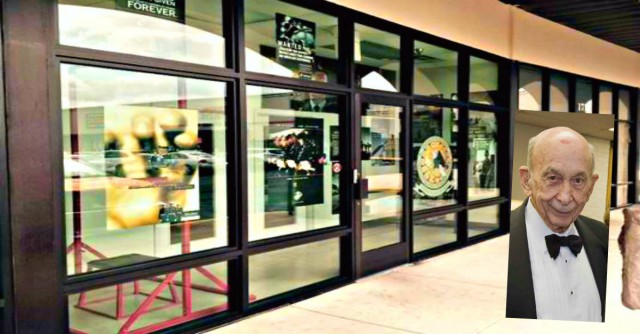 WWII US Marine and vet, Roy Drinkard, paid $33,000 just to install bulletproof glass at the military recruiting center housed in his building in Cullman, Alabama. The WWII US Marine did it to help protect the troops who work in the office in the light of the recruiting station attack in Chattanooga last July.

The 95-year-old WWII US Marine, president of the Drinkard Development Inc. and also owner of the edifice where the military recruiting center in Cullman, Alabama is situated, admitted that he had a hard time finding someone to do the work but those difficulties eventually paid off.

The WWII US Marine paid $33,000 for a level four bulletproof glass installation. The glasses, made of polycarbonate and were three inches thick, could reportedly withstand the impact of 7.62 millimeter rounds.

Drinkard hopes that the bulletproof glass installation he had installed prevents the occurrence of another shooting tragedy similar to what happened on July 16 when an armed person, Muhammad Youssef Abdulazeez, opened fire on a military recruiting center wounding a Navy before proceeding to a Navy reserve installation where he assaulted and killed four Marines and one sailor.

The WWII US Marine revealed that after the shooting incident, he – along with the people in his company – asked themselves what they could do about it. And when they learned about level four bulletproof installation, they immediately made the decision to put one up on the recruiting station in one of the buildings they owned.

The WWII vet, a private first class in the Marine Corps from 1943 to 1945, also hopes that other landlords would do the same. He is hoping that the US government will follow suit but have doubts as installation costs are high.

On the other hand, the Marines working in the Cullman recruiting center are very grateful for what the WWII US Marine did for them. Staff Sergeant Jon Holmes, the Alabama Marines’ marketing and public affairs chief, said that the bulletproof glass installation is an added net to heir protection along with the current training and force protection measures the troops are getting.

“Once a Marine, always a Marine,” he added.