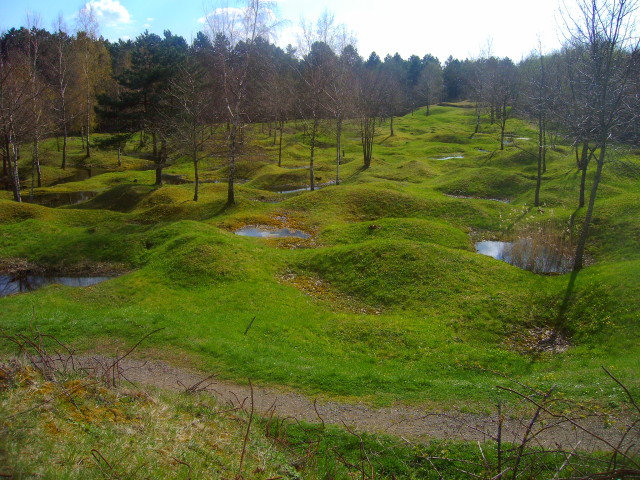 The president of France, Francois Holland, will join German Chancellor Angela Merkel at the re-opening ceremony of the recently renovated museum that stands on the site of a village that was destroyed during the WWI Battle of Verdun. This battle has come to symbolize the horrors of that war in the minds of the German and French public. These two presidents will echo the words of their predecessors, never to repeat such a war in Europe again. Famously, Chancellor Kohl and President Mitterrand joined hands as they stood before a war memorial in Verdun and both stated that they would do all they could do prevent another conflict in Europe.

The Battle of Verdun began 100 years ago on February 21, 1916. By the end of the ceaseless 10-month combat 300,000 men were dead. However, as was the case in other notorious battles, such as Gettysburg, Verdun was never officially attributed to an overall victor. It is true that the French army eventually managed to reclaim most of the territories that they had lost to the Germans, but this is regarded as merely a moral, rather than pragmatic, victory. However, some have argued that Verdun was a critical point in the war and that if the French had not retained it that their morale would have collapsed and that they would have sought terms with the Germans.

Both sides fought relentlessly and savagely and turned what had initially been deemed a secondary operation by the chief of the German staff and his French counterpart into their two armies primary focus. The battle soon fast became nightmarish, uncontrollable and destructive. The ultimate effect of the battle, if it had any, are still not clear, almost one hundred years after the fighting ended at Verdun.

It is therefore difficult for France to commemorate a battle that some say was  politically and strategically meaningless. All those lives pointlessly wasted and a town destroyed in a fight that had no impact on the final outcome of WWI. Even Hitler used Verdun as an example of military strategies that should be avoided and never repeated.

The Germans dropped one million shells onto the rural areas surrounding  the ancient town in the first day of battle alone, with a total of 70 million shells throughout the brutal campaign for supremacy. The savagery of the battle was such that it has prompted many in France and Germany to vow never to go to war again. Whatever, the controversy about the outcome of the battle, it lead to the beginning of a closer relationship between Germany and France.