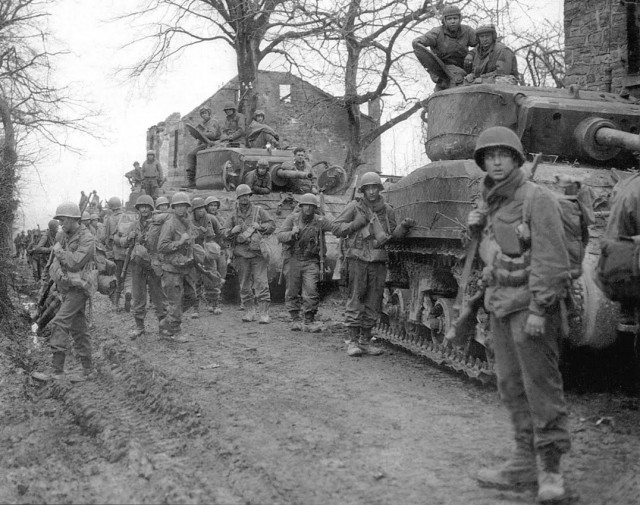 The story of an American medic, Bill Scott, who landed in Normandy during the D-Day landings of World War Two has been revealed.

The World War Two veteran followed D-Day troops onto the shores of Normandy just a few days after the attack had begun. As a medic he was responsible for attending the wounded and injured on the battlefield and had to do his job in treacherous conditions, often whilst being shot at himself.

Today Bill is 89 years old and lives in San Antonio. He says all he did was hope that he would survive as he and his division made their way through France, Belgium and on into Germany. Bill says that looking back he was just very lucky.

Even after more than 70 years, Bill says that being part of the D-Day landings was one of the biggest events of his life.

Bill was a soldier with the 9th Infantry Division, 1st Battalion, 47th Infantry Regiment. He remembers how when they first landed a few days after the invasion had begun that they had to fight among France’s hedgerows and it was slow going.  He says that the Germans fought back fiercely and that their shell fire was very accurate only missing him sometimes by inches.

Bill remembers getting small wounds and injuries himself, but nothing serious until his right leg was hit by shrapnel. Bill was returned to his division’s camp and since he had studied business his commander wanted him to stay behind and take an administrative role. But Bill declined saying that he wanted to get back on the battlefield.

Bill went on to take part in many critical battles of World War Two including Cherbourg port and St Lo. He even was part of the Battle of the Bulge, Hitler’s last attempt to push back and take Belgium’s Antwerp port. The battle was devastating for Allied troops and thousands died.

Bill says if he could find a foxhole or ditch he would jump in it to escape Nazi gunfire. He says that St Lo was his toughest fight when he came face to face with a German sniper. The sniper was positioned in a tree while Bill was in the garden. Bill says he hid behind a dead soldier until the sniper stopped shooting at him, then made a run for it and jumped over the garden hedge, The Washington Times reports.

Bill says he no longer thinks a lot about his time in Europe during the war since it was so long ago. He had returned to the US at the end of the war in 1945. He went on to further education, and became an elementary school teacher and eventually principal. Bill also got married had children.

When Bill retired he came across a neighbour who had flown as a Nazi pilot in World War Two. The pair had no bad feelings about each other.