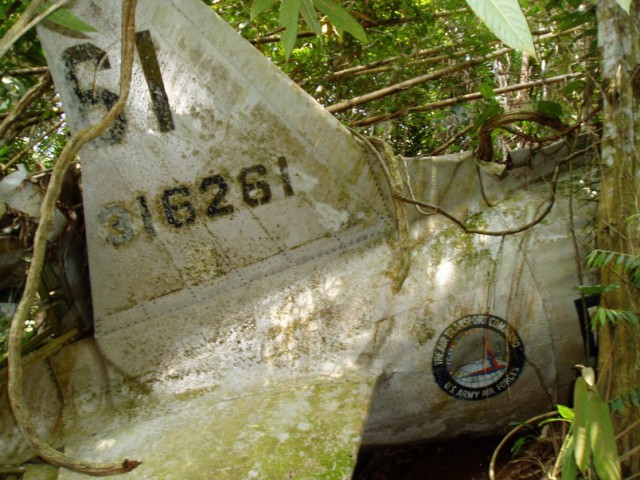 After World War II was over in 1945, three men were making a routine supply run to Malaysia’s western coast.  Suddenly the C-47 Dakota completely vanished over the city of Malacca.

Almost 70 years later, some of the remains have been found and are being returned to the United States. Secretary of Defense Ash Carter attended the transfer in Malaysia.  One of the pieces he retrieved was a wooden box and a casket with the American flag draped over the top.

One of the senior defense officials said that it is believed that the remains of one of the men were found, but it will need to go through an identification process to make sure.  After retrieval in Malaysia, the remains were flown to Honolulu where they were transported to the Defense POW/MIA Accounting Agency.

It is said there are over 83,000 personnel from World War II, the Korean War, and Vietnam War that are unaccounted for.  A spokesperson for the facility claimed that about 50,000 of the 83,000 are not recoverable because it is believed that they are in deep water areas.

One of the items found from the crash site was a jacket that most likely belonged to one of the men who was in the crash.  The jacket was given to the man’s nephew, helping in the closure of the death of his uncle. According to this nephew, the crew member’s mother was constantly being asked about the whereabouts of her son and if she had heard any news.  The nephew says that it was something he grew up with and something that never went away.

In 1966 another airplane spotted the wreckage of a crash; it appeared the transport had flown into a 3,000-foot mountain.  Thankfully, the airplane’s number was still visible and it was then identified as the plane that went missing in 1945.  Although the plane was mostly intact, there were no remains found – only a rubber sole from a boot and two rusty helmets, the Stars and Stripes reports.

In the 1980s, the nephew reached out to the National Personal Records Center in St. Louis, finding that in a fire in the early 1970s some of the records were destroyed, including his uncle’s.  After that, he decided to start a Facebook page highlighting the still-missing men.  People would constantly share their thoughts and he would keep everything updated in case the remains were found. His Facebook group got a team called Pacific Wrecks interested.

The United States’ group and Malaysia’s group worked together to secure and preserve the crash site as much as possible. This past September, the Malaysian Army, the U.S. Service members, and a forensics team went to the crash site and collected everything they could find from the wreck and the lost men. Just three weeks ago, the nephew was contacted by the Defense Department, which said they found some remains but his uncle’s weren’t among them.  They did, however, find a jacket which was returned to that man’s family.  The nephew says that although he is disappointed his uncle wasn’t found, he is happy his group made a difference and is still continuing to do so as each little piece of evidence from the site is examined.