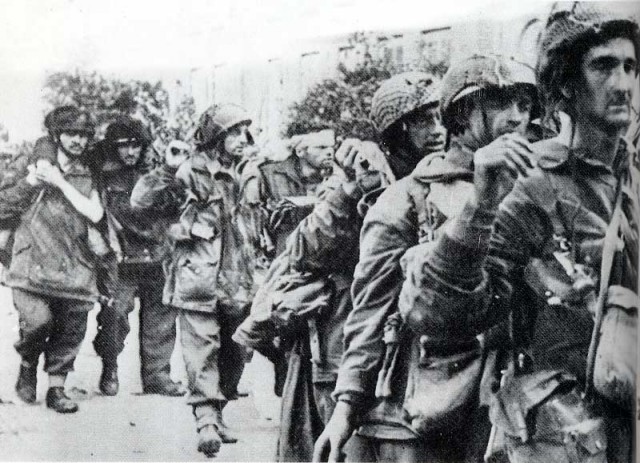 World War II veteran Ted Shea recalls the date of September 17, 1944.  He even remembers the time – 11 a.m. on a bright, sunny day. That was the day when he and his unit members were supposed to parachute into Arnhem for what is known now as one of the costliest failures in the second world war.

Shea was originally born in Ireland, but after his parents died, he ended up following his older sister to London. At first, he took a job laying electric cables before joining a company that was building a new estate.  In the late 1930s, he joined the Queen’s Royal Regiment based in Surrey. Soon after he joined, war broke out and he volunteered for the Parachute Regiment.

Shea had never been on a plane before joining the Regiment. Soon after training, his first assignment was in Tunisia in 1942, fighting beside the French Foreign Legion. He describes war as being hectic and a time when one cannot think of actions but just do them.

He was wounded in the leg in 1943, but soon after healing Shea joined his group to parachute into Sicily, where they helped secure the Catania Bridge. Soon after that, they joined in on the invasion of Italy.

He and many men of his unit had no idea of the concentration camps that the Germans ran.  He claims he still wouldn’t have known except after the war they had to parachute into Italy, where they saw the camps and rubble.  He says that was one of the most shocking things he saw during the war – the destruction and how run-down the camps looked.

After his assignment in Italy assignment Shea and his unit were sent off to play a role in Operation Market Garden, where they were assigned to capture a bridge over the Rhine in Holland.

Although the men had some weapons to defend themselves, it was certainly not enough for the job. Shea was shot by machine gun pellets and taken to a POW camp where his arm was amputated by a German doctor. Luckily for him, he was part of a prisoner exchange in early 1945, The Irish Times reports.

Back in Britain, Shea had many surgeries to correct the damage done by the German doctor who performed the original amputation. During this time Shea met his wife. He recalls how beautiful his wife looked on their wedding day and how he fell in love with her at first sight.

In 1947, they moved to Newcastle where he took up a job in security.  His wife died in the early 1990s. Shea’s sisters took him back to Arnhem for the 50th anniversary of the battle, and he recalls humorously that it was nice just being able to walk off the plane instead of parachuting from it.