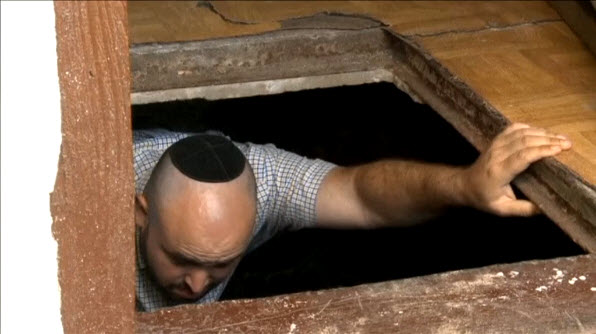 A secret cellar used to hide Jews from the Nazis during World War Two has been uncovered in Poland.

The cellar was discovered in a farmhouse kitchen and was accessed through a trapdoor in the floor. The Polish family who lived at the house hid Jewish families who were trying to survive the tyranny of the Nazis and a certain death when being sent to the concentration camps.

Unfortunately the Polish family were executed by Nazi troops in 1942 but their secret Jewish hideout was never revealed until now.

“From the Depths” is a charitable organisation which investigates the Jewish plight during the war and has helped to uncover the secret cellar. The charity says that the cellar is an important reminder of how Jewish people had to suffer during the war. They also commented that the Polish family who were hiding them gave the ultimate sacrifice of their own lives in order to try to help and protect the local Jewish population.

Relatives of the Polish family that was killed were scared for their own lives in case they were implicated in the family’s efforts to protect Jewish people. Many locals would turn in other locals to the German authorities in order to protect themselves and to get on the favourable side of the Nazi regime which then occupied the country.

The Polish people lived in fear throughout the German-occupation of Poland, but this also continued long after the war ended when Stalin’s Communist regime took control of the country and governed until the collapse of the Soviet Union.

Today the descendants of Jews and the Polish community are trying to reunite those whose family members hid or lived at the farmhouse during the war, the Ukraine Today reports.

Janina Szczepanowska’s grandparents were killed by the Nazis and she is helping to try to find the relatives. She says it would be nice to reunite the family with the life which their relatives had during the war.

The farmhouse and cellar has now been declared as a national monument and has been placed under protection so that it can be preserved for generations to come.