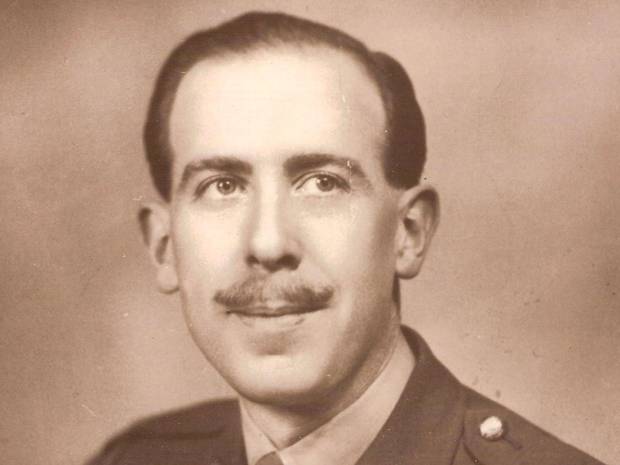 The George Cross is one of Britain’s most highly awarded military medals. Stuart Archer, a young officer who served in World War Two is one of the few people to have received it.

Stuart was a bomb disposal expert during the war and became a hero for his bravery in safely disarming more than 200 bombs. As an expert, Stuart also became a go-to resource for those who needed training and expertise in bomb disposal.

One of Stuart’s most memorable bomb disposals was when he prevented the majority of Britain’s fuel stock from being blown to pieces. A bomb had been found at Llandarcy oil refinery in Wales. The bomb had been dropped by the German Luftwaffe but was on a time delay to detonate not long after contact. Stuart and his team were sent in to safely disarm the bomb, which was surrounded by flammable fuel tanks. Stuart and his team had to dig a single tunnel down to the bomb which was 250kgs.

Bombs that hadn’t detonated in oil refineries were the top priority for safe disarmament, since fuel was crucial to the ongoing war effort. At the time, Llandarcy was supplying around one eighth of Britain’s fuel requirements.

Racing against the clock the team knew that they didn’t have long until the bombs were timed to go off, but they just kept trying until the job was done. Stuart said that he at least knew if the bomb went off while he was working on it he would have a quick death, which he believed better than to be hurt and wounded.

It took Stuart two hours to remove the fuse from the bomb, which he said he had to literally force out of the shell of the bomb. Once away from the fuel tanks, Stuart was able to inspect the fuse in more detail and saw that it was the first fuse of its kind to be removed in its entirety, known as a booby-trap.

In addition to Llandarcy, there were three other major incidents which were put forward in the British Army’s recommendation for Stuart to receive the George Cross, The Independent reports.

Prior to the war, Stuart was an architect, but it is thought that his father, who was an electrical engineer, passed on his knowledge of electrics to Stuart. He first joined the Territorial Army, and was then sent to join the Royal Engineers, where he began working in the bomb-disposal unit as a volunteer.