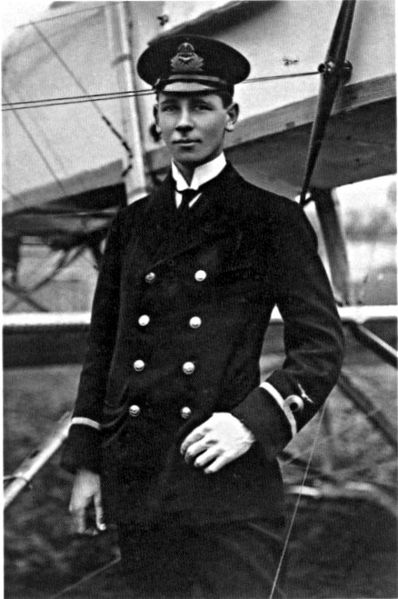 A World War One Royal Air Force pilot known as Reckless Rex is being honoured in his hometown of Exmouth in Devon, in the south west corner of the UK.

Reckless Rex or Flight Sub Lieutenant Reg Warneford was declared a hero during World War One when he shot down a German Zeppelin which was about to drop bombs over France.

King George V awarded Reg the Victoria Cross for his bravery in shooting down the Zeppelin. However the story ended tragically, when just ten days after he made the brave attack he was himself killed when his aircraft crashed on a mission over France.

At the time, thousands of Londoners flooded the streets of the city to mourn his funeral. Now one hundred years on, his hometown of Exmouth is building a memorial at the location of his mother’s home.

Reg was actually born and grew up in India’s northern hills of Darjeeling. He never attended school at an early age but went to high school when he turned 13 years old, so he was very wild and would find his own way at everything he did.

Even when Reg joined the RAF and became a pilot, he never really got along with his comrades really well. He was a wild one, overly-confident and a little crazy. Reg’s commanding officers believed he would either do really well or end up killing himself because he was so daring.

It was in the summer of 1915 that Reg shot down the Zeppelin and became an overnight hero for the British people, as well as in France. It is his actions on that night that earnt him the name of Reckless Rex.

Reg saw the German Zeppelin while he was on a mission over Belgium. He ascended in his aircraft higher than the Zeppelin was flying and dropped bombs down onto the air-filled balloon.

When Reg dropped his bombs the Zeppelin exploded, but the aftershocks sent Reg’s own airplane soaring and damaged its fuel lines. Reg had to make an emergency landing in German-occupied territory. Luckily Reg quickly repaired his aircraft and took off back to England before the enemy could catch him, the BBC News reports.

King George V awarded Reg with his Victoria Cross the very next day and he was mobbed by well-wishers in both London and Paris. Historians say that it was with Reg’s actions that the Allies became aware that the Zeppelins weren’t invincible and could be destroyed, giving them hope.