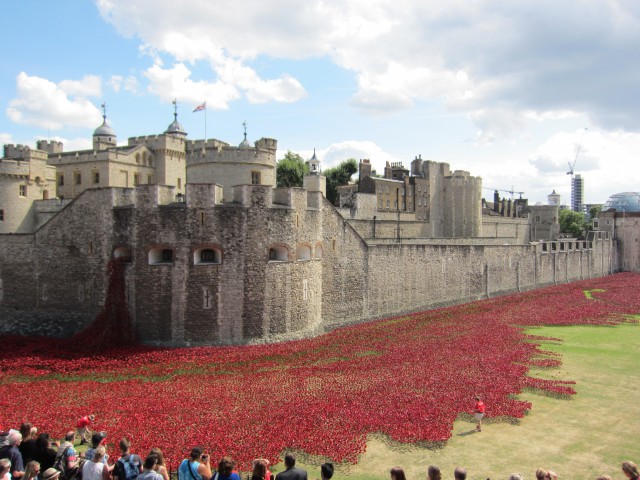 During the summer of 2014, London’s Tower of London played host to a hugely successful art installation and poppies display to commemorate 100 years since the start of World War One and to honour all of those who gave their lives during the conflict.

The art display featured more than 800,000 ceramic poppies flowing through the Tower of London’s moat. It lasted from July to November 2014 and drew thousands of visitors to commemorate the ultimate sacrifice of the soldiers of World War One.

Now those poppies are going to be installed in a permanent memorial at the Imperial War Museums in London and in the North, in Greater Manchester’s Trafford suburb.

Each of the 888,246 poppies represents one fatality from the British military during World War One.

Before the poppies take to their long term homes at the museums they are currently on tour around the UK at various locations.

St George’s Hall in Liverpool and Woodhorn Museum, Northumberland, will showcase the flowing cascade of poppies which flowed from a window at the Tower of London out into the moat.

An arch or wave section that was also featured will be recreated at the Yorkshire Sculpture Park, while other locations are invited to apply to the Imperial War Museums either in London or Manchester if they would like to host an exhibition over the next two years. After 2018 the poppies will be permanently displayed at the respective museums.

The Imperial War Museum said that the poppies have been one of the most iconic displays to mark the World War One centenary and captured the imagination of millions around the world, the Manchester Evening News reports.

The museum hopes that the travelling exhibition will ensure that even more people will have the opportunity to see the poppies and remember the sacrifice that soldiers made during World War One.