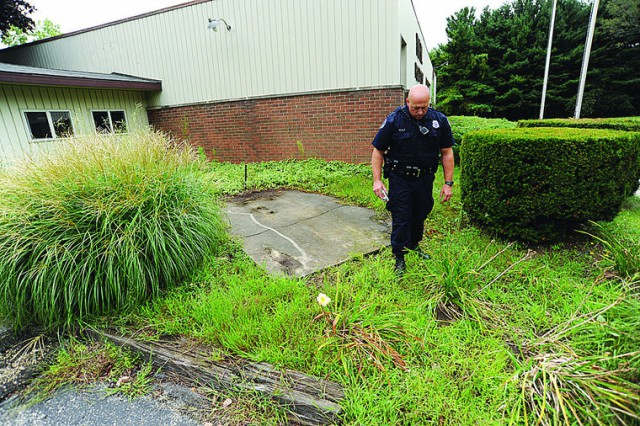 A World War One cannon has been stolen from the Veterans of Foreign Wars building in Benton Township, Michigan. The cannon was on display outside the building and officials believe it may have been taken in order to be sold on for scrap metal.

The cannon is more than 100 years old, around 14 feet long and was used in battle overseas. Its barrel is made of heavy metal and so is worth a lot if melted down and reused for other items. The cannon was suspended on wooden wheels and fixed to concrete.

The cannon has been on display outside the Veterans of Foreign Wars building for the past 40 years.

The officials can’t see any other reason that the cannon would be stolen unless it was going to be melted down to make money.

Police suspect that the cannon was stolen since robbers knew the building had been closed and hadn’t been open since October 2014. Even though local police regularly patrol the area.

The cannon was taken on Tuesday morning and local residents noticed that it was missing by around 11:30am the following day.

The Veterans of Foreign Wars say that they were immensely proud of their cannon and that it was a veteran in its own right.

Police are notifying local scarp merchants in the area to keep an eye out for the cannon, and to notify police if anyone offers to sell it to them, the ABC News reports.

Benton Township is near to the state border with Indiana and so police are concerned that the cannon may have already been taken out of the state.