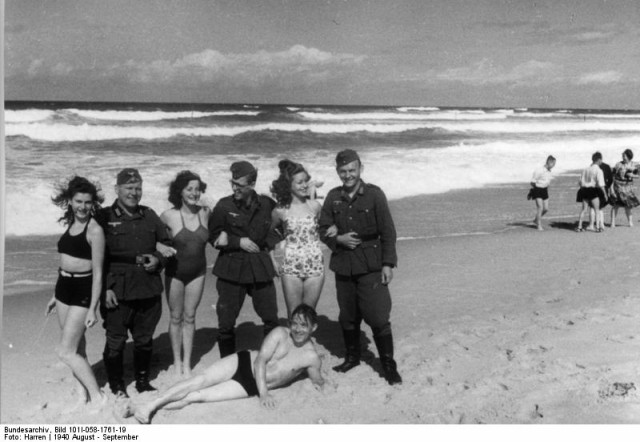 An Italian woman who lived and worked in Germany during World War Two has been reunited with the daughter she had with a German soldier, 70 years after she gave birth to her.

The woman, who is now 91 and living back in Italy, moved to Germany during the war in order to take up work in a factory in the town of Heidelberg. Whilst living there she fell in love with a German soldier and became pregnant. It was towards the end of 1944 that she gave birth to a girl, but the baby was adopted by the soldier’s family and the mother and daughter never saw each other again.

When the war ended the following year, the woman returned home to Italy, to the village of Novellara just north of Bologna. She assumed the baby had died during the final months of the war, either from sickness or from the aerial bombardment by the Allies.

Little did she know that the baby girl had been raised by the soldier’s parents and they had named her Margot Bachmann.

They informed the little girl that her mother was Italian, but that they did not know where she was, and they would not let Margot search for her. Margot, who is now 70, says that she had always wanted to find out what had happened to her mother, so when her German father died, she upped her efforts to locate her mother.

It was Margot’s own daughter who encouraged her to try to find her mother, since she was curious what had happened during the war.

They got in touch with various organisations who help families to reunite after war, including the Italian Red Cross. They eventually located Margot’s mother to Novellara and 70 years after she gave birth to her, the mother and daughter were reunited this week.

Margot says that she never imagined she would actually get to meet her mother in person and said that she was so happy to have been able to meet her.

She also admitted that her father prevented her from trying to find her mother, and that it was only after his death that she felt she had the freedom to continue the search, The Telegraph reports.

When Margot’s mother was located, she first sent her a letter introducing herself and telling her that she would like to meet her.

Unfortunately there still remains some social prejudices for Italian women who had relationships with German men during the war, and so Margot’s mother does not want to be identified.

Margot said that she was lucky her mother hadn’t moved from her home town, otherwise she might not have found her. The two hope to now make up for lost time.

Image used: German soldiers with girls in France to illustrate the theme of story, via Bundesarchiv