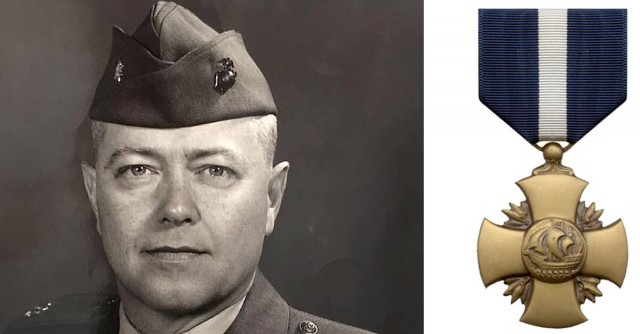 A well-known former US Marine Corps serviceman, William Thomas Unger, has passed away at the age of 94. Mr. Unger saw action in three wars that the United States was involved in –  the Second World War, the Korean War, and the war in Vietnam. He was awarded several top medals for honorable active service.

Mr. Unger was a Marine for just over 30 years, finally leaving the service in 1971 and settling into civilian life in the city of New Orleans. He had joined the Marines as a youngster of 19 in 1940, long before the well-known attack on the USA military base at Pearl Harbor in the Hawaii Islands – an attack launched by the Japanese partly for strategic reasons and partly in retaliation for U.S. economic sanctions against Japan.

Mr. Unger was awarded a medal, the Navy Cross, for the valor he showed at Iwo Jima. He had been involved in helping rescue the crew of a damaged battle tank in the midst of intense fighting. He had drawn Japanese infantry and antitank fire away from the damaged tank so that other rescuers could reach the men.

Later, Unger won another medal, the Purple Heart, for taking part in tank action during the bloody Korean War. In Vietnam, he served on the staff of one of the senior commanders, General Westmoreland.

Mr. Unger was born in the tiny village of Belvidere, Kansas in 1921. After he married, he and his wife, Coralie, lived in New Orleans. They had a house in a suburb called Algiers. Unfortunately, the location of Algiers, right alongside the Mississippi River’s west bank, meant that it was badly hit by the notorious hurricane of 2005.

The Ungers’ house was one of those damaged, and their daughter, Nancy, helped to evacuate her parents.  The damage was so severe that it forced Mr. and Mrs. Unger to move, so they decided to settle in a small town in southern Florida, where Mr. Unger’s widow, Coralie, still lives.  Mr. Unger was a golf enthusiast in his retirement years.

Mr. Unger’s granddaughter, Kelsey, described him as a staunch and modest person, who declined to boast about his achievements and indeed felt bashful about a farewell parade put on to honor him when he retired from the Marines in 1971. William Thomas Unger died on December 17,  2015.

Upon observing that an accompanying tank had been hit and disabled by enemy fire, Platoon Sergeant Unger immediately brought his vehicle to a halt and covered the evacuation of the other tank’s crew although Japanese infantry were close by and a hostile antitank gun was maintaining a constant attack on both tanks.

When it became impossible for his tank’s weapons to cover all the sources of enemy small-arms fire, he opened his tank hatch and, at the risk of his life, augmented the tank’s weapons by firing on the Japanese with his pistol. Continuing his efforts until the evacuation was completed, he then attacked the antitank gun, destroying the gun, crew and about twenty other enemy in the vicinity.

His leadership, courage and unwavering devotion to duty were in keeping with the highest traditions of the United States Naval Service.