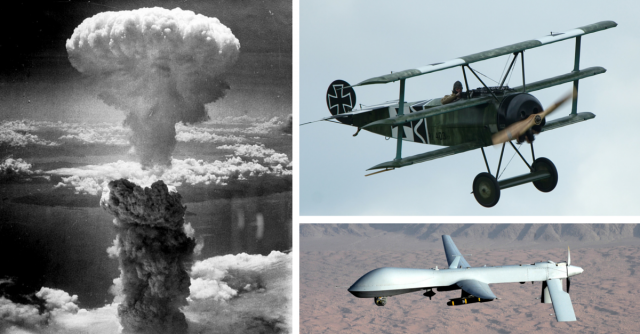 The journey of man through the history has been, to put it mildly, kind of bumpy. On one side we can pride ourselves for the innovation and progress in education and enlightenment. But Man’s angel has always been accompanied by a parallel demon, and that demon is our romance with war and violence. We can argue in eternity about the implication and application of our inclination towards wars and destruction, but the consequence has always been pretty obvious. As humanity grew richer in terms of knowledge and understanding, we got better and better in killing each other, tribes, societies and the whole world thanks to our most favorite atomic bomb.

Following is the list of some weapons made by man throughout the known history that changed the shape and nature of warfare forever. 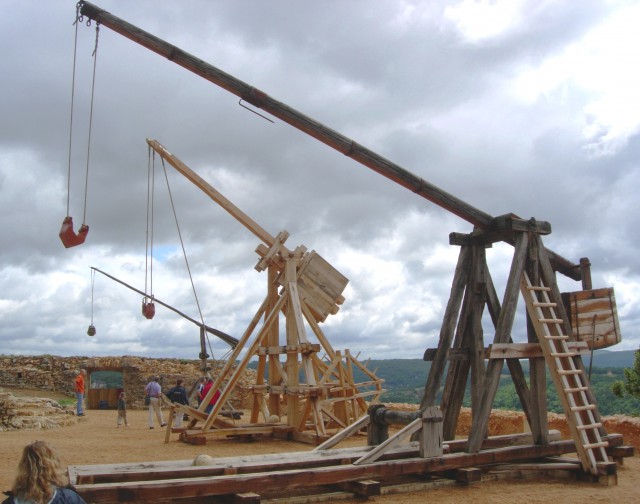 These days we quiet easily get fascinated by the grandeur and architecture of ancient castles, however back in the days castles were mostly seen as a sanctuary, as a hideout if you like. Armies mostly marched on foot, with a very slow pace and equipped with all kinds of weapons. For an offensive army the most obvious form of resistance they had to face was the siege warfare. Whole cities could seek refuge in the castles, those who remained outside were put to enemy swords. Siege warfare was quiet effective for a long patch of human history, until the monster machine came along, the ‘trebuchet’. These were giant slings with the ability to fire massive stones or other matter, pounding the strong walls of castles. These machines totally transformed the dynamics of ancient warfare, by effectively decreasing the duration of the siege. 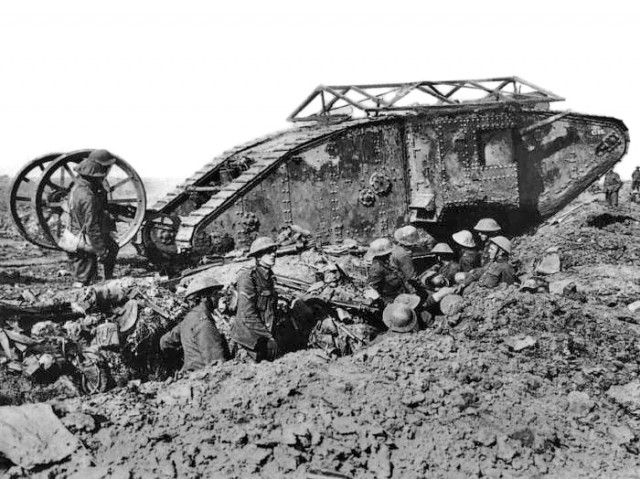 One of the most fascinating fact about the First World War is the notion that armies entered the war on horses and came out of it on planes. This implies that World War I saw huge advancement in terms of military equipment, and most celebrated invention of WWI is the ‘tank’. Although the first prototype for something like a tank was proposed by the great Da Vinci, it was not until the early 1900’s that nations started taking this idea seriously. Britain took the initiative by investing money and expertise into manufacturing the first ever tank known to mankind Mark I also referred to as ‘Mother Tank’. It was effectively a sort of iron bunker that provided a protection against enemy fire. Mark I proved its worth in WWI by putting an end to trench warfare. In a matter of few years every powerful nation in the world was making tanks in thousands and in many shapes and forms. 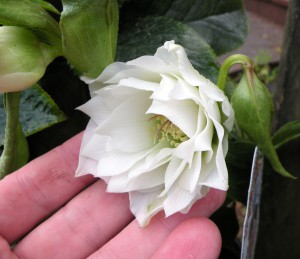 The term biological warfare sounds a modern phenomenon, however it is anything but. The use of poisons, and diseased people, has been a part of a number of battles throughout human history. The use of poison to kill individuals lies even further back in the ancient history. In terms of battles, one of the early examples of applying biological entity to settle a conflict comes from the siege of Kirrha in 585 BC. Hellebore was use to poison the water supply flowing towards the defenders, making them weak and eventually winning the battle. This victory marks the start of a long history of biological warfare that still hangs over our heads. 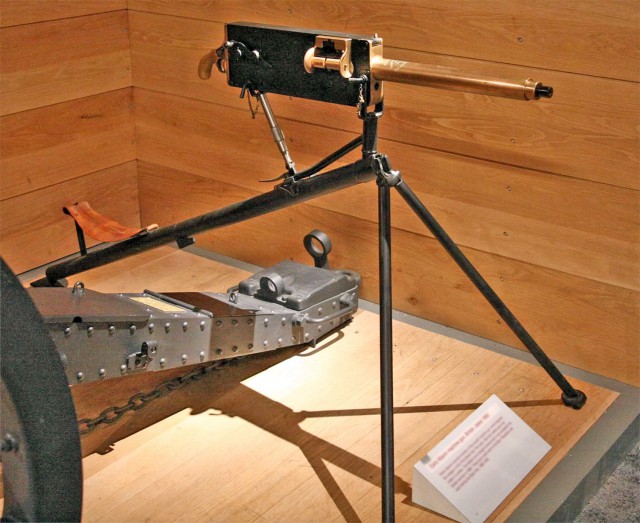 A British officer had once said ‘They could have arrows and bows but they do not have Maxim’ referring to the rebels in colonies. Most of the known human history’s wars were won with the strength and effectiveness of cavalry and infantry. With the advent of automatic weapon in the mid 19th century the dynamics of the warfare totally changed. Cavalry was effectively rendered useless in early 1900’s with the invention of ‘Maxim Gun’. An automatic machine gun that could obliterate columns after columns of enemy marching troops in minutes. Maxim Gun gave birth to fully mechanized and automatic warfare, with scale of life loss hitherto unknown to mankind. 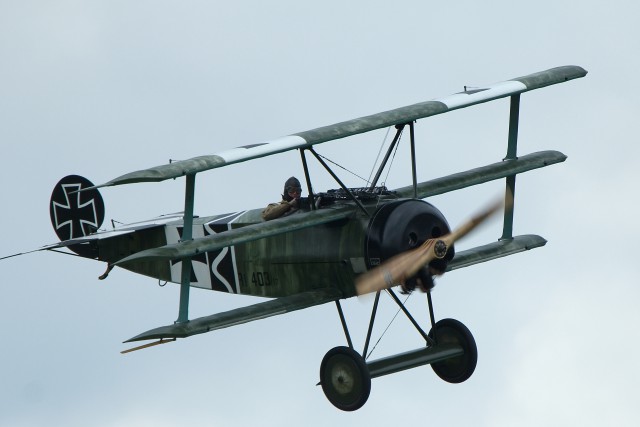 From the very early days of flights, military strategists were thinking of the ways to use this nascent technology in the battlefield. Surveillance of the enemy territory was carried out using large hot air balloons, while zeppelins were dropping bombs on a few occasions. But like many other technological advancement, WWI increased the innovation and manufacturing of planes in leaps and bounds. The Fokker plane was first of the fighter aircrafts, with the ability to fire through propeller without causing any damage to the plane. This effectively triggered the start of the battle in the skies.

The brainchild of Noble Prize winner in Chemistry Fritz Haber, chlorine gas was the first chemical weapon ever developed and was first used in the First World War. The scale of death and devastation it brought with it, paved the way for the development of much more lethal chemical weapons such as phosgene and mustard gas. Wide scale use of poisonous gases in the First and Second World War caused the death of thousands while hundreds of thousands of soldiers led a challenging life due to exposure to deadly gases. Although Use of chemical weapon is banned under Geneva convention, however there are still regimes that resort to chemical warfare such as US, Iraq and Syria. United States used phosphorous in the famous Fallujah standoff after Iraq invasion, while Iraq’s ruthless dictator had used chemical weapons on his own people on more then one occasion. Syrian dictator Bashar Al Assad has reportedly used chemical weapons against the FSA and innocent civilians killing hundreds. 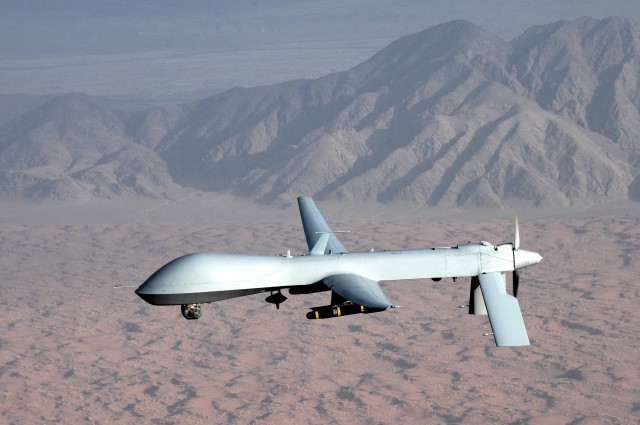 Modern warfare has been fully transformed with the advent of predator drones, with the ability to fly over enemy in complete silence and stealth and causing havoc when needed. Initially drones were assigned the job of intelligence gathering and reconnaissance, but later they proved highly effective in terms of surgical strikes on terrorist’s hideouts in challenging terrains especially in Pak-Afghan border and Yemen. Controlled from a remote location, drones significantly lower the military cost and life loss along with a decrease in collateral damage. There have been all kinds of controversies attached to America’s drone programmed especially after the killing of Anwar Awlaki, a U.S citizen who was killed by a surgical drone attack in Yemen. Nevertheless, drones have proved to be highly beneficial for the military with high success rates, the Martian Herald reports.

Tanegashima arquebus of the Edo period via Wikipedia

Perhaps the single weapon that made the long lasting impact on the dynamics of warfare, has to be the gun. Integral parts of modern day combatants, initial guns were heavy, slow, difficult to load, and had the tendency to explode when over used. The advent of Harquebus gun in 15th and 16th century totally changed the way soldiers viewed the battlefields, quickly replacing close-quarter warfare and swords. With its ability to pierce through any armor at a close range, harquebus effectively rendered the heavy armors obsolete and kick started a new era of warfare. 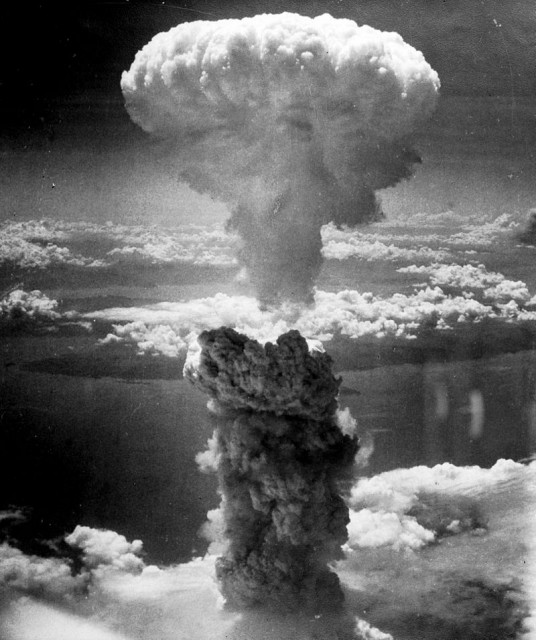 The mushroom cloud of the atomic bombing of the Japanese city of Nagasaki on August 9, 1945

Perhaps the worst nightmare of every human alive, or who lived in the last century was the sight of that mushroom cloud, the aftermath of atomic bomb. By far the most devastating weapon we have managed to come up with, atomic bomb killed more then 200,000 in minutes when it was used for the first time. A weapon that single handedly holds the potential to obliterate humanity off the face of the earth in minutes, atomic bomb has undoubtedly changed the world and our view of the warfare. 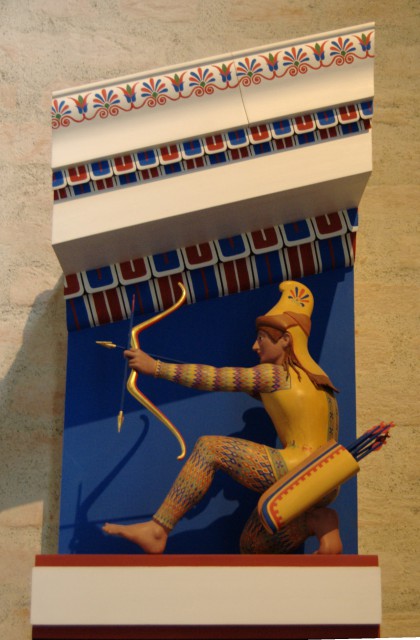 Polychrome small-scale model of the archer XI of the west pediment of the Temple of Aphaea, ca. 505–500 BCE. via Wikipedia

Some would argue that civilization is where it is today because of the Bow and Arrow, and the way this invention transformed the warfare. First used sometime 12,000 years ago, bow and arrow was still relevant in 16th century. From then onward it took a transition to a gun that worked on the same basic mechanism. Bow and Arrow helped shape a number of ancient and modern societies, including Egypt, modern Europe, Arab and China. The ‘Mac Parents’ of all the handheld weapons, bow and arrow is undoubtedly the top most weapon that changed the world over an extended period of time, and is still relevant in some shape and form.