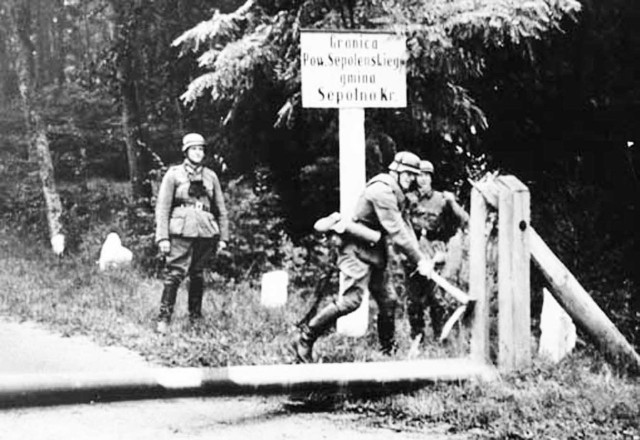 The story of Clare Hollingworth, a war time journalist who discovered the Nazi invasion of Poland that started World War Two, has been uncovered.

Clare has been heralded as one of the best war time journalists. Not only did she cover World War Two, but she went on to cover conflicts in Algeria, Poland, India and Vietnam.

Clare was just 27 and had just qualified as a journalist when she discovered that Hitler had massed his tanks at Germany’s border with Poland.

This week, Clare turned 104 years old at her home in Hong Kong along with a quick drink at the famous Foreign Correspondent’s Club, where she is a member and regular visitor.

A week before the war began, Clare had been taken on by the British newspaper the Telegraph. She was on the road in Poland and as a guest of the consular-general had been able to travel in a diplomatic vehicle that gave her access to places no one else was going to. When she neared the border with Germany the extent of the German tanks on the border became clear, and she knew that war would begin soon. Hundreds of tanks from von Rundstedt’s Army Group South, supported by Reichenau’s 10th Army, had made their way to the border and were about to attack Poland.

She wrote her piece up and wired it immediately back to her editor in London. A few days later the first shots were fired and she immediately notified the British Embassy in Warsaw, as well as writing the story up for the Telegraph.

Before the war began, Clare had been helping people escape the Nazi regime and helped around 3,000 people who would be targeted by the Nazi forces out of Poland.

When Clare heard the first bullets fired she called the British Embassy and told the consular-general that war had begun, but he didn’t believe her saying that negotiations were still under way. Clare actually put the telephone receiver out of the window so that he could hear the shots being fired, the Mail Online reports.

Clare says that she was so young at the time that she doesn’t remember being scared, and that her real purpose of being there was to help the refugees who were escaping the Germans.

Clare went on to cover much of the war, including on the southern front in North Africa.

She recalls that while sleeping in a desert camp one night she woke to the sound of German voices. She remembers being extremely frightened at that point, but the Germans drove away and she breathed a sigh of relief.