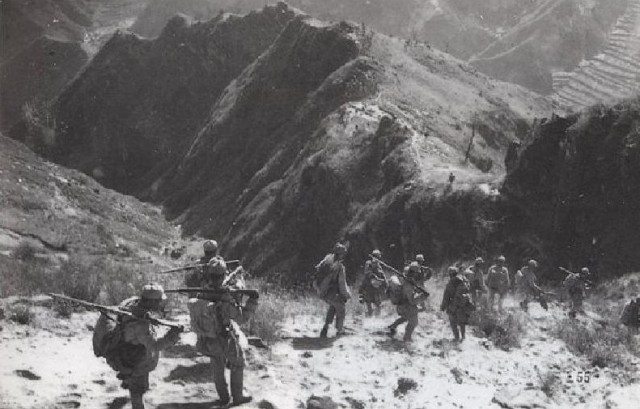 China recently commemorated its victory over Japan day with its biggest show of military strength for decades. The military parade saw vast numbers of Chinese troops, machinery, artillery and equipment paraded through central Beijing in front of an audience of thousands.

It has taken the national archives around eight months to analyse and process the old movies into a modern format that current audiences can watch. Around a quarter of the films are going to be used to make a documentary about China’s defeat of Japan.

The director of the film archives, Sun Xianghui said that the films have brought about a strong feeling of grief for how much sacrifice the people of China gave during the war. She added that even though it is a sad period of the country’s history, the films also bring to life the bravery and resistance of the Chinese against their occupier. So much so that Sun believes the film archives are set to revitalise a sense of patriotism for the Chinese people.

During the commemoration events, many of China’s television channels broadcast old and new programmes about the plight of China against Japan and promoted the role of the country’s Communist National Party during the war. In addition a fiction serial was also broadcast.

Some Chinese believe that the current Communist regime is using the anniversary as a propaganda tool to promote the party’s own success and patriotism for the regime. Many have anonymously voiced their opinions on social media and some even compared their own government to that of North Korea.

Officials and leaders from around the world were invited to attend the military parade and commemoration ceremony, but only a few notable leaders attended. The guest of honour was Russia’s President Vladimir Putin and South Korea’s President Park Geun-hye. Meanwhile, the US ambassador to China attended on President Obama’s behalf.

Much of the city had been shut down and closed off for the parade with strict restrictions placed across the board on night clubs, restaurants as well as corporate office buildings and tourist attractions, the NBC News reports.

For three days prior to the parade the city’s industrial complexes were also instructed to shut down, clearing the skies of pollution so that attendees had full view of the military fly pasts.

Over 10,000 Chinese troops and personnel took part, alongside 500 military vehicles and 200 aircraft.