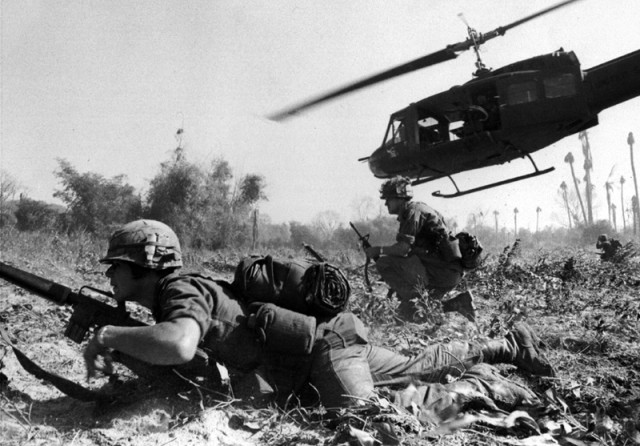 More than 40 years after the end of the Vietnam War, the country is going to all lengths to recover and identify the war dead that remain buried across the land.

Today, any building work, harvesting or farming turns up the remains of the Vietnam War dead across Vietnam.

Now researchers are going to be using a smart DNA technology to identify the remains of, what is predicted to be more than 500,000 bodies that remain littered throughout Vietnam.

It is said to be the biggest systematic project to identify remains ever known. The nearest biggest similar project is that of the 1990s when the conflict in Bosnia and Herzegovina left the remains of around 20,000 people to be identified.

Vietnam veteran and pioneer of Genomics, Craig Venter, never thought that it would be possible to identify all of his comrades’ remains and recalls how during the war the number of bodies was purely seen as a mass of statistics.

Many of the American war dead have already been repatriated and identified while Vietnam has been able only to identify a few hundred of their remains to date. Local people are also keen to identify the remains of their families and loved ones.

The task to find a better identification technique was given to Hanoi-based company Advanced International Joint Stock or AIC. They met with Bioglobe, a medical-diagnostics company in Germany, and begun to equip the local Vietnamese laboratories and improve their scientists’ skillsets. Then in 2014, the Vietnamese government invested around US $25 million to improve three of its DNA-testing centres.

Vietnam’s hot and humid weather does not help the scientists in their efforts since the remains are mostly lying in shallow graves and have therefore been tainted quite a lot. They also become contaminated from the surrounding soil.

The new DNA-based process uses bone powder and the chemical breakdown of those cells. DNA can then be extracted and is compared against genomic markers which create a DNA profile.

All three of the DNA-testing centres will probably be finished being upgraded by 2017 and then it is hoped that they will be able to identify around 8,000-10,000 sets of remains every year.