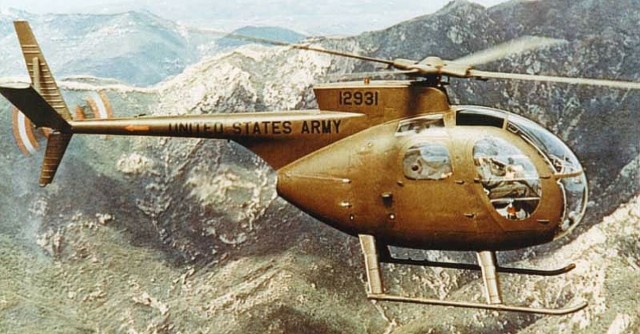 Early in November 2014, ten silver-haired warriors gathered at the Omni Hilton Head Oceanfront Resort in Palmetto Dunes on Hilton Head Island, South Carolina for the first time in nearly 45 years.  Dave Mitchell of Bluffton, the organizer of the reunion, had gathered together as many of the Blackhawks of the Army’s 7th Armored Squadron of the 1st Air Cavalry as he could and invited them to share once again the camaraderie of the squadron.

These old airmen came along to the reunion with wives, golf clubs, scrapbooks, and aches and pains. But most of all, they came with a need to talk to someone else that had suffered the effects of PTSD (Post-Traumatic Stress Disorder) – the nightmares, mood swings, temper tantrums, and flashbacks.

Also, they had all suffered hostility and suspicion from the American public when they were demobbed after the Vietnam War.  As there was little or no help available, they tended to shut all the emotional baggage inside, resulting in failed marriages, lost jobs and, in many cases, depression.  Now they had an opportunity to talk to some else that knew all about these things.

Once again the camaraderie that they had sought in Vietnam came back, and once again these 70-something aviators relived the heady days when they were young and full of fire; ready to take on the world and members of the Comanche Troop.  They needed the arrogance and invincibility of youth to do the job that they did during the war.

They flew “Loaches”; the Loach was the Boeing (McDonnell Douglas) model OH-6A helicopter. It was a tiny, egg-shaped machine that was highly maneuverable, and officially its job was reconnaissance, observation, target acquisition, and command and control.

This sounds like a simple enough task, but the reality was these men took this little machine and skimmed 8 to 10 feet off the ground over fields of elephant grass.  The wash from the blades flattened the grass so they could find enemy positions hidden in the towering fronds.  The intention was to flush out the Vietnamese positions by tempting them to fire on the little flying eggs, thus marking positions for their big brothers to charge in with guns blazing to destroy the enemy posts.

This task was highly dangerous and took great courage, flying skill, and untold determination; to fly every day knowing that you were tempting the enemy to shoot at you from a few feet away.  There was a serious need to “let off steam” after their missions, and the team hung out together in a small jungle hut known to the troops as a “hooch.”  This club was a 6 foot by 12 foot room equipped with an official refrigerator and an illegal air conditioner.

They made friends and bonded into a support group, howling their defiance at the moon.  This brotherhood allowed them to get out of bed day after day and take on the enemy – not wanting to think that every day could be their last, but knowing that every week would bring new bullet holes to their choppers. 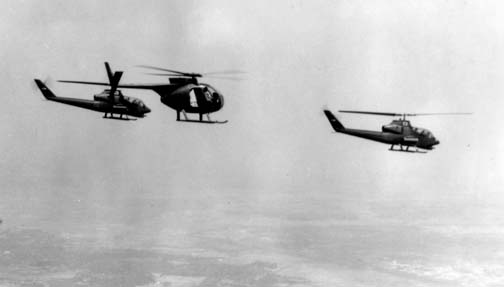 The reunion was not to simply get everyone together again.  Mitchell had hired a video team to record the stories told by this brave group of men.  America has little idea of the job done by them, and the contribution they, and their Loaches made to the freedoms we take for granted today.

The men had a chance to reminisce and to finally tell their wives some of the stories that had been locked away for so very long.  Joe Byrd, from Plainview, Texas summed it up succinctly when he said, “Everybody in that group had some pretty hairy experiences. We were literally the point on the spear,” he said. “We kicked a** and took names over there. That’s what you had to do to survive. But we had politicians who failed to stay the course is what it amounted to. People say it was a civil war, and we didn’t belong there. Maybe that’s true, but if politicians send you in, they must do everything in their power to win. I still get emotional. I still have a lot of heartburn about the politicians controlling the country at that time.”

Another poignant story came from Bob Buffington from Atlanta, who said, “I thought I had left Vietnam and Vietnam had left me — but it hadn’t.”  His most vivid memory was watching fellow Americans walk into an ambush with no warning, and how that day his little machine became an air ambulance by pulling out a young soldier that had been shot in the chest.

“Two men had the wounded soldier strapped between two M16s lying on a poncho,” he remembered. “The two soldiers stood up to put the wounded man in. All hell broke loose. The three men fell like rag dolls beneath the chopper. Blood splashed onto the side of my visor and the chopper. Several rounds hit the back of my seat … I was able to fly back to Vinh Long only by the grace of God. We had been hit 23 times.”

On Sunday morning a memorial church service had been arranged on the cliffs overlooking the May River.  The Rev. Jonathan Riddle of the Church of the Cross in Bluffton led the service, giving thanks and honoring those who died in action.  The platoon leader in Vietnam, Bill Pond, gave each member present, as well as the pastor, a commemorative Blackhawk challenge coin.

As the weekend drew to a close, it was obvious that this gathering had had a huge impact on the men who attended.  Mitchell said, “I don’t think any of us realized how badly we needed this. Something just came over us.  It was like that boyish, crazy bonding that we did over there came back. I didn’t realize how much I valued these people.”   Bill Pond summed it up by saying the gathering was a reunion of brotherly love. “It was kind of a love-in, rather than a reunion.”

The people who truly know what it was like – to hang suspended behind a thin piece of Plexiglas while trying to dodge bullets – are the men who were gathered in that room.  Phil Lange from Topeka, Kansas flew above the Loaches in a Huey and said, “They’re all brave beyond description.”

For too many years, the American public reviled the men that were sent to that thin strip of land bordering the South China Sea, and now they feel that the time has come for them to hold their heads up high, and say they are not the baby-killers and village-burners that they were labeled.  They have a right to be proud of the contribution they made.