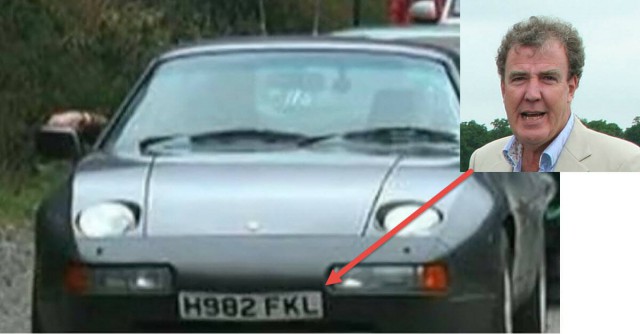 A criminal investigation into a car number plate shown on the BBC show Top Gear is to be reopened in Argentina, after an appeal by Argentinian veterans of the Falklands War.

The Top Gear TV show travels to many different locations around the world to record special shows and to showcase cars and vehicles from different countries.

When Jeremy Clarkson and the Top Gear team visited Argentina to film a special episode there they drove through the country in various cars. One of them, a Porsche had a number plate that caused controversy because it was said to make reference to the Falklands War which happened in 1982, and the show’s producers replaced the number plate when the show went to air.

An original investigation into the allegations by a local judge was closed after he ruled that the Top Gear show hadn’t acted in ‘bad faith’ by changing the number plates for the final version of the show.

Now the criminal investigation is to be reopened with the Argentinian courts suggesting that the production crew changed the number plates because they knew that the original plate was illegal.

The registration number that caused so much controversy was H982 FKL, which locals took to be the year of the conflict and FKL for Falklands.

During the filming of the show the cars were even pelted with stones by locals and the show had to flee the country after the anger grew and protests began.

The show’s producer said that the number plate had never been chosen on purpose and that it was not a stunt to create awareness about the show.

It was an appeal by a number of Argentinian Falklands War veterans that ensured the case was reopened, and it has now been activated once again by the Tierra del Fuego province court of appeals.

The appeal’s prosecution believes that Jeremy Clarkson falsified and altered the number plate knowing full well that it was illegal.

This year Top Gear has been in the public eye, since the show’s presenters have all left the BBC to make a new TV programme with Amazon, the BBC News reports.

The case may take years to resolve and if found guilty may mean a prison sentence of up to three years.