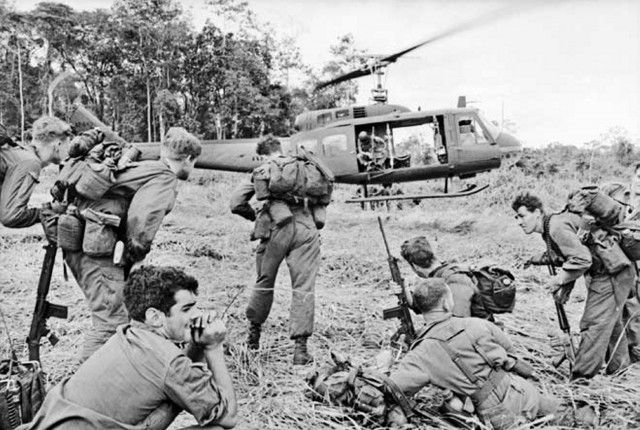 In the middle of the Vietnam War, the US was considering using atomic bombs in order to end the frustration with being unable to control and overcome the Communist forces. But in 1966, a group of Pentagon’s experts wrote a study that analysed the potential use of nuclear weapons in Vietnam. Its conclusion was unanimously that using atomic weapons in the Vietnam War would be a disaster.

The study was developed by senior officials in the US Defense Department, as well as academia which consulted to the US military. The study was written by Robert Gomer, a chemistry professor, Steven Weinberg, a quantum physicist, Courtenay Wright, a particle physicist Courtenay Wright and Freeman Dyson, a mathematician.

Some within the military had surmised that atomic bombs could close off strategic access points for the North Vietnamese forces such as the Mu Gia pass which was situated in a very mountainous region.

It was because of this kind of thinking that the professors decided to conduct a study into the impact and effects of nuclear weapons in Vietnam. Even before starting the project all four professors knew that using nuclear weapons in Vietnam would make an already violent war worse. However they also knew that they had to be taken seriously by the US military and could not just review the ethics and morals of atomic weapons.

They decided to focus solely on the military and political effects so that the study would be as influential as possible within military circles. The report concluded that one nuclear weapon could do as much damage as 12 normal bombs, and in order to conduct a continuous bombing campaign the US military could not sustain or keep up with the demand of a solely nuclear arsenal, The National Interest reports.

Military exercises in Europe had also showed that the nuclear bombs might “only” kill around 100 enemy soldiers each, since they would be targeting small groups of the North Vietnamese army which was fragmented and operated in small, wide-spread numbers rather than masses of troops.

The study convincingly suggested that even if nuclear bombs could decimate mountainous pathways, the North Vietnamese knew the terrain well and would quickly identify new access routes.

Tunnel systems were also a target for the US military, but they would needed precise, targeted bombing raids and the regular B-52 bombers were capable of this, using regular bombs. So the study concluded that there was no point in using nuclear weapons when regular bombs could continue to be used.

Overall the study claimed that using nuclear weapons wouldn’t make a huge difference to the results that the US was already achieving and that they would simply act as a provocation with potentially terrible consequences.