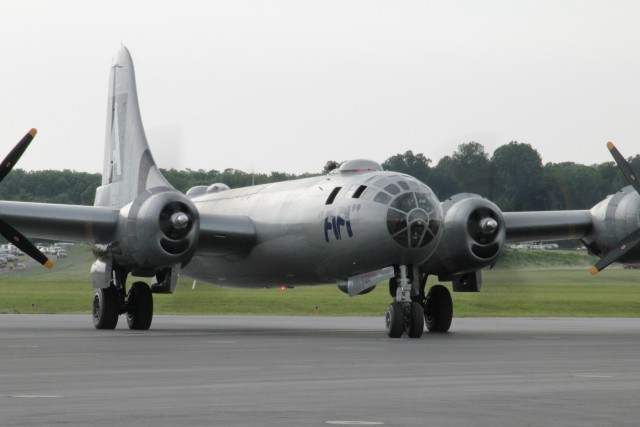 Three U.S. veterans share their memories of their experiences and the important role of the B-29 bomber in their war service. This plane played a remarkable role in WW II and the Korean War. The three retired servicemen met at the Rectrix Aerodrome Center in Sarasota, Florida, to visit the last flying B-29 bomber, named “Fifi.”

The group consisted of Lt. Col. (Ret.) George E. Hardy, 90; retired navigator Russell Gachkenbach, 92; and Ensign officer Harlan Twible, 93, all locals. These men’s remarkable stories reveal not only the terrible ordeals witnessed by WWII veterans in combat, but also the prejudices that were prevalent within the ranks of the U.S. military.

The B-29 dropped the atomic bomb on Hiroshima. The bomb was delivered to the bomber by the U.S.S. Indianapolis. Later this ship was hit by two torpedoes from a Japanese submarine.

Harlan Twible was one of the 900 men who made it overboard after the U.S.S. Indianapolis was hit by two torpedoes fired on July 30, 1945. Twible recalled, “After the bow went, it really wasn’t a ship anymore. We didn’t have to jump. We fell into the water.”

Exposure and shark attacks killed 583 of those 900 men, while Twible and the other 316 surviving shipmates endured four days and five nights in the ocean as they waited to be rescued. Twible kept up the spirits of his shipmates, and they prayed together. When the rescue plane arrived, it was Twible who signaled to the plane using Morse code. A member of the rescue team signaled back, that he was going too fast and needed to slow down his message. Despite these displays of heroism, Twible spoke modestly of his efforts:

“It was God’s will that I survived. I did what I knew I had to do, not because I was courageous, but because that is what the military taught me to do.”

Poignantly, just before the torpedo attack the Indianapolis had delivered the atom bomb that was dropped on Hiroshima. And it was navigator Russell Gachkenbach who took a photo of the infamous Hiroshima cloud. 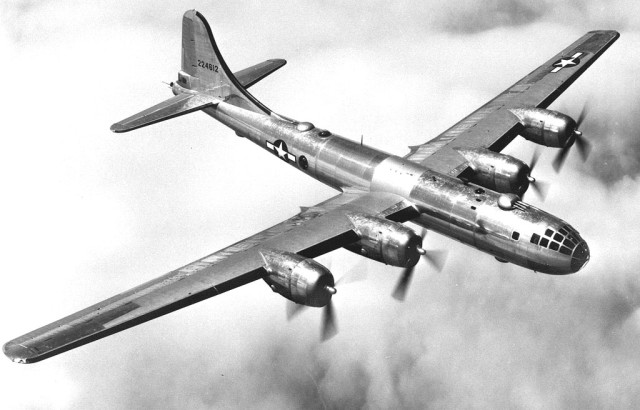 Gachkenbach served as a navigator on “Necessary Evil,” one of the B-29s that joined the Enola Gay over Hiroshima. Gachkenbach remembers how it felt to be among some of the first-ever people to witness an atomic blast: “The return flight was different. It was quiet. We didn’t know what to believe.”

George E. Hardy flew the B-29 during the Korean War and spoke about his experiences as a black aviation pilot at a time when prejudice was prevalent in the U.S. military. But in the years leading up to his service in the Vietnam War, times had significantly changed and military integration meant that he got the opportunity to supervise both black and white airmen through 70 combat missions.

Hardy also flew in 21 combat missions in 1945, over German skies as part of the 99th Fighter Squadron.

The three veterans were warmly received at the Rectrix Aerodrome Center and were surrounded by aviation and WWII enthusiasts, eager to have their photo taken with the ex-servicemen. Hardy said of the attention and interest paid to him: “It’s been heartwarming to know that we have been recognized. For so many years, no one knew that African-American pilots flew in World War II and other wars.”

The B-29 bomber “Fifi” is one of 169 WWII aircraft owned by the Commemorative Airforce and is considered the main attraction in the collection.