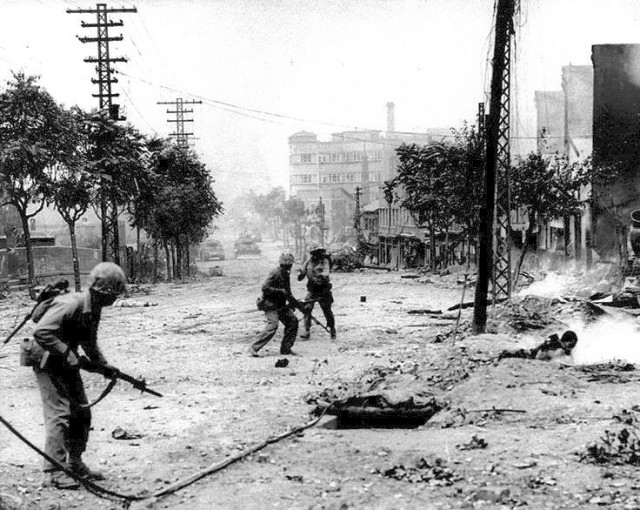 While all veterans talk about the brotherhood that is created amongst men who fight together, identical twin brothers who fought together in the Korean War emulate this more than anyone.

Joe and Pat Lacertoso are twin brothers from Dunmore, Pennsylvania, who served together for more than 10 months during the Korean War. The brothers served in the US Army’s 1st Cavalry, 70th Tank Battalion.

Being part of a tank division, the brothers literally lived and fought in their Sherman tank together for the 10 months that they served.

Pat says that the Sherman tanks were the best weapon and protection against North Korean forces, and their families say that they were part of a war that was mostly forgotten by the world as World War Two and Vietnam eclipsed it.

The twins were the eldest children of a total of five brothers and sisters. They graduated from high school in 1949 and enlisted in the US Army in 1951. Sometimes siblings are separated when they enter the armed forces, but in the instance of the Lacertoso twins they weren’t and were sent to training together at Fort Knox.

It was at Fort Knox that the twins learnt how to operate a tank from driving it to firing its guns. Six months later they left the US and headed to Japan with hundreds of other US troops heading for Korea.

Pat and Joe arrived in Seoul to serve with the US Army’s 70th Tank Battalion and spent their entire service fighting the North Koreans around the border area where they had first entered the south.

With five crewmen inside each Sherman tank, Joe was responsible for loading the gun, and Pat was charged with the job of assistant driver, The Times Tribune reports.

Joe and Paul both say that they didn’t see many enemy troops, but instead continued to fire into enemy territory to support the ground troops. Except that one day two enemy soldiers surrendered to Joe.