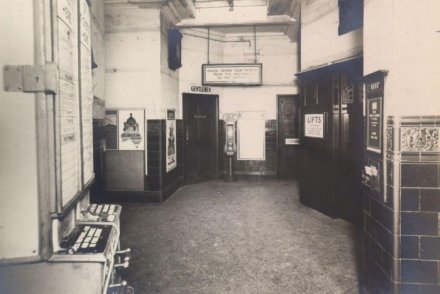 One of the most famous tourist destination in London is surely a ride on world’s oldest and iconic underground train system. In the historic city of London, the metro network is locally known as Tube network. These trains are called tube for their distinctive tube like shapes. These tubes and tunnels they pass through have some remarkable association with 20th century history.

There are a large number of Tube stations scattered all over the city, and transport bosses have an elaborate plan to capitalize on the historical value of at least one of them. They are strategizing a proposal to use the money generated from the project to be used on various improvement projects on the Tube system.

The plan laid out by the TFL (Transport For London) vows to bring back to life a tube station that has been shut for more then a century now. In 1932, Down Street tube station was closed down for financial reasons, but its historic value lies in the fact that British Prime Minister and his associates used it as a bunker during the Second World War.

TFL has asked a variety of commercial partners and creative organizations to submit their proposals by June 22. The plan is to generate a healthy capital, something around the mark of £3.4 billion, which will then be reinvested into the Tube system.

Graeme Craig, the director of business development at Transport For London said that underground stations are a complex terrain for artists and workers, especially the abandoned stations are challenging and require a great deal of inventive efforts to be transformed. He urged that TFL intends to find a way to bring back to life the historic prominence for the people to observe and reflect.

Mr. Craig said that he believes Down Street has a rare combination of all the necessary ingredients for a successful art project, the Eoronews reports.

Down Street’s location is undoubtedly ideal, on top of that, it has the history to go with it. After the completion, this abandoned tube station definitely has the potential to enthrall and mesmerize the visitors.