Who is Tokyo Rose? Was she just an engrossing DJ working from a radio booth or was she a dangerous propagandist who undermined the morale of the US troops during the bitter years of the Second World War?

It can be remembered that Iva Toguri d’Aquino, known as Tokyo Rose, was convicted of treason way back in  1949 for her radio work which many believed at that time to be leaning towards Japanese propaganda. She was freed from imprisonment in 1956 then, on January 19, 1977, she received the official pardon clearing her out from her vicious role during WWII as the case of treason against her appeared to be less clear-cut.

Even until now, historians are divided over Tokyo Rose — was she a nefarious propagandist or just an innocent radio host? 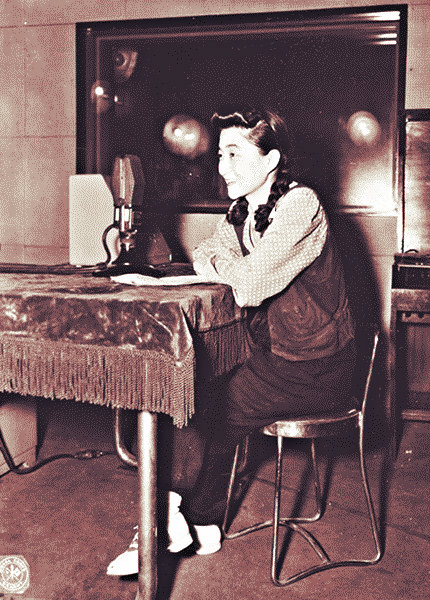 Iva Toguri d’Aquino or Tokyo Rose, as she was infamously known

Iva Toguri d’Aquino may have been a full-bloodied Japanese but she was born and raised in the US and grew up devotedly patriotic to the country. She earned her zoology degree from UCLA in and was doing graduate work in the said institution when her life took an unexpected turn.

She went to Japan for a visit, either to study medicine or visit a sick relative depending on whose account you believe – the government’s or hers, when she got stuck in the country as the Second World War broke out.

Then and there, the troubles started.

Iva took a job as a disc jockey for Radio Tokyo and, like any other radio programs, she played entertaining yet mushy American songs. The difference was, in between these songs were the DJ’s banters — chitchats that were either just teasingly entertaining to deliberate attempts at sabotaging the morale of the US soldiers listening to the program. Iva had taken the DJ name Orphan Ann but became more popularly known and referred to as Tokyo Rose.

The United States Army’s own investigation into the the program of Tokyo Rose came to the conclusion that it never hurt the morale of the soldiers. As a matter of fact, according to the FBI, it could have been one of the factors which bolstered their spirits up during the war.

However, when WWII ended and Iva sought permission to return to America, she was met with a very strong public outcry with so many US soldiers coming out and damning her and the statements which she had uttered on air as Tokyo Rose. Because of this, she was tried of treason and found guilty on one count —  for “[speaking] into a microphone concerning the loss of ships,” as stated by the FBI. Iva was sentenced to ten years imprisonment; she served six years of that said sentence.

According to Ann Elizabeth Pfau, author of the book Miss Yourlovin: GIs, Gender and Domesticity during World War II, the main problem of the treason case against Miss d’Aquino was the fact that arguably, the air name Tokyo Rose may have signified someone or something else other than the woman put under trial herself — Iva.

Miss Pfau pointed out that Tokyo Rose may have been a fusion of several English-speaking women speaking in Japanese radio with some being more subversive compared to the others. The author also asserted that there was also the possibility that the American servicemen may have entirely invented the whole “Tokyo Rose” thing as they channeled their fears and anger towards the discarnate voices they heard over their radios during those times.

As what Miss Pfau pointed out in her writing:

“Like all legends, Tokyo Rose has basis in historical fact. Toguri’s “Orphan Ann” segments were sandwiched between propaganda-tinged news, skits, and commentary. However, the bare facts of Japanese broadcasts do not account for the radio personality so many servicemen talked about, wrote about, and still remember. Rather, this legend was born of emotions, like anger, alienation, and anxiety — feelings about the war, the military, and American civilians that soldiers were otherwise unable or unwilling to acknowledge.” While it was true that one veteran did testify that d’Aquino in her Tokyo Rose told the American troops on air that the island of Saipan was heavily mined and if that they wouldn’t leave the place, they would all be “blown sky high”, the recordings and transcripts of her broadcasts revealed that the worst threats Tokyo Rose shared on air were “creeping up and annihilating them [the soldiers] with [her] nail file” all the while lulling them from their senses by playing the Victor Herbert waltz’s Kiss Me Again.

So, was Tokyo Rose really guilty of treason during the war years?