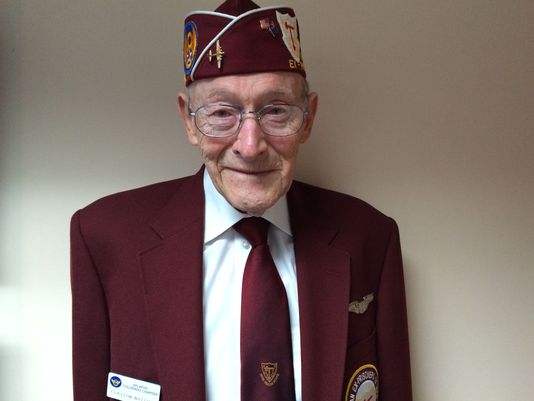 Three World War II veterans have received their long overdue medals in a ceremony held at Red Rocks community college. This ceremony was particularly interesting for historians since it was a rare occurrence in military history that veterans receive medals seven decades after they were actually awarded. All three veterans fought gallantly during the war but were captured by the Nazis. After spending time in the infamous Nazi POW camps, these American soldiers were freed after the Victory was achieved in 1945.

One of the veterans was First Lt. Clayton Nattier, a resident of Lakewood who received his medals from the Congressmen Ed Perlmutter. Lt. Clayton served in United States Army Air Corps as a fighter pilot from 1942 to 1945. During one mission Nattier’s aircraft came under enemy fire and was destroyed, Nattier parachuted out and landed on enemy territory. He was instantly captured and transferred to Stalag Luft I as a prisoner of war. Nattier stayed there until the liberation came in 1945; he continued his service until 1952.

Nattier received eight medals including a Purple heart medal, a POW medal, Good Conduct Medal and a World War II Victory Medal.  Other veterans who were presented with the medals were Staff Sergeant Keith Hereford and Corporal John Pederson.

Staff Sergeant Hereford who currently resides in Westminster served in United Stated Army Air Corps from 1943 to 1945. Sergeant Hereford was on his ninth mission when his aircraft was shot down by enemy’s anti aircraft guns, Hereford survived and was captured by the Germans. He was transferred to the POW camp Stalag Luft 4 in Prussia, and was liberated after the war ended in 1945.

Sergeant Hereford was also honored and presented with eight medals from the World War II. His medals included a Purple Heart Medal, an Air medal, a Prisoner of War Medal, and an Honorable Service Lapel Button, the 9 News reports.

Corporal John Pederson, who is currently living in Lakewood, was part of the United States Army from 1944 to 1947. During fierce fighting in the famous ‘Battle of Sessenheim’ Pederson was wounded and captured by the Germans. He was put in the Prisoners of War camp of Stalag 5A. Pederson stayed in the camp until 1945. He served the Army for another two years and was honorably discharged from his duties in 1947. Pederson also received eight medals at the ceremony including Bronze Star Medal, a Prisoner of War medal, and an Army Good Conduct Medal.