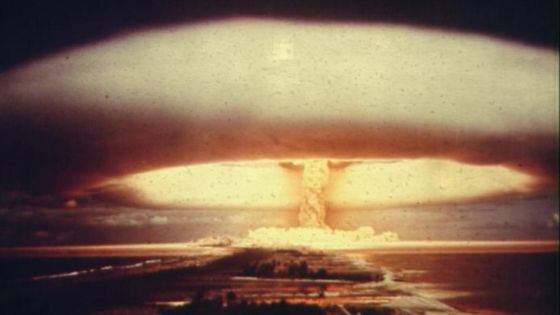 So began the BBC public service announcement that would have been broadcast, had Britain been attacked with nuclear weapons, back in the days of the Cold War. The message, which was recorded in readiness, was spoken by BBC presenter Peter Donaldson, who died recently, aged 70.

Back in the 1960s, the possibility of a nuclear holocaust was a real one – the Cuban missile crisis of October 1962 set the world on edge – and the British government felt it necessary to plan for a worst-case scenario. It was felt that a familiar BBC voice on the radio would reassure the population that things were at least under some degree of control.

It was initially decided that light entertainment programmes would be broadcast in between the public information messages –no doubt it was though that people would feel that life after a nuclear attack was more ‘normal’ if they heard familiar comedy and music programmes.

By the 1980s, this policy had changed, and the government decided that the only broadcasts would be public service announcements, made on the hour every two hours.

All this was set against a background of more or less continuous tension of one kind or another, as the world’s superpowers of America and its allies and the USSR faced each other across the famous Iron Curtain. The Cold War began in 1945 when the ideologies of US President Roosevelt and USSR President Stalin were revealed as being poles apart.

The state of ‘unarmed belligerency’ as it was called began when British Prime Minister Winston Churchill famously said, referring to Europe, that “From Stettin in the Baltic to Trieste in the Adriatic, an iron curtain has descended across the continent.”

The Cold War, with its spy networks and brinkmanship, continued until 1991, and at any time during that period the world might have descended into a nuclear winter.

The British government and the BBC needed to be prepared, and a special broadcasting facility was established in an underground bunker at Wood Norton in Worcestershire.

All BBC engineers were provided with an official ‘Cold War handbook’ detailing the steps they were to take, should the worst happen. These books were top-secret and had to be kept under lock and key.

Peter Donaldson’s doomsday broadcast was never made, but we know that amongst other things he would have impressed upon the population of Britain the necessity of saving water by not flushing toilets – telling them that would have to ‘make other arrangements’.