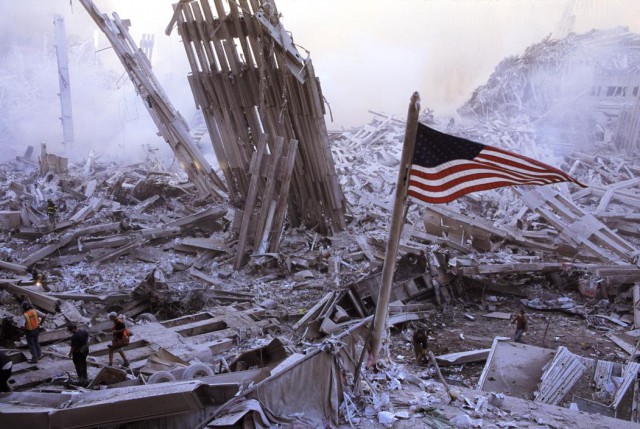 The final 30 pieces of steel taken from the wreckage of the Twin Towers in New York are being sold off.

Over 2200 pieces and fragments from the Twin Towers were salvaged and cleaned up in order to be distributed as memorials. The Twin Towers were the iconic World Trade Center skyscrapers, which were destroyed by a terrorist attack on September 11, 2001.

Of the remnants around 840 pieces were made of the steel structure of the towers. These large pieces were then cut into the 2200 smaller pieces so that they could be distributed more widely.

Three thousand US and international civilians lost their lives as a result of the attacks. there are still around 70 applications for the final pieces of the Towers, but just 30 remain.

The smallest of the pieces are around six inches in length and most of these have already been donated for preservation in museums or for memorials. For example, one memorial has been created out of the girders which ensured the Twin Towers stayed standing and has been called ‘A Tribute to Firefighters’ and around seven and a half tonnes of wreckage has been used to build the new US military warship the USS New York.

The remnants have not only been given out to US organisations and memorials, they have been sent around the world in honor of all of those who lost their lives as far as the UK, Germany, China, Brazil, Canada, Afghanistan and South Korea.

Meanwhile back in the US all 50 states have an individual memorial created with a piece of the towers.

The final 30 pieces are being stored in an aircraft hangar at Kennedy Airport in New York. The Port Authority is responsible for them and will make the final decision about where they go to.

The site of the Twin Towers has been memorialized via a permanent light installation that beams two lines of light up into the New York skyline where they once stood.

Pieces continue to be shipped out to applicants, the most recent was an eight foot, 1,100lb steel beam which was sent to Portsmouth in New Hampshire, with others going to Ware in Massachusetts, and the Kennedy Space Center in Florida, the Mail Online reports.

The space center intends to place its piece of the Towers into the center of a new memorial at Fire Station Number One.