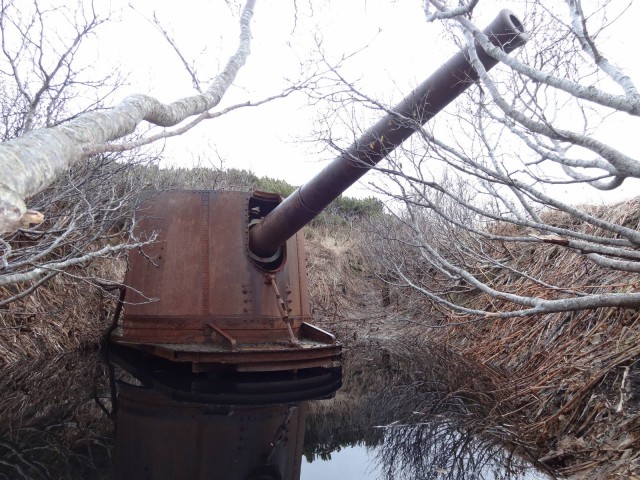 After Pearl Harbor, the United States came face to face with the reality of the war and an enemy that almost everyone in the Government or the military underestimated and paid a heavy price. On the other side, Russia, though not fully prepared to take on the military might and readiness of Adolf Hitler, once attacked fought back very hard and eventually pushed back the Nazis from the gates of Moscow and defeated them in and around Berlin.

These Russian success in Europe were perceived by the US as a threat since the Russians were now expected, because of an agreement made at Yalta, to take part in the Pacific theater of the war if US failed to bring Japan to its knees.

Russian experts have been excavating and looking for the remnants of one of these Russia-Japan battles in the Second World War. So far Russian searches have unearthed the remains of at least 26 Soviet and 9 Japanese soldiers from the Shumshu Island. In the battle fought between the Russians and Japanese Imperial Army around 500 Russians and 250 Japanese soldiers were killed before, Russia ultimately claimed victory.

August 2015 marked the anniversary of the Russian invasion of Shumshu Island, a part of the Kuril chain of islands. It was not a massive battle and did not result in a large number of causalities. This invasion started on August 18th, 1945, three days after Japan had announced it would surrender following the atomic bombs that were dropped on Hiroshima and Nagasaki.

Japan had the ownership of the Kuril Islands as a result of an 1875 treaty with then Russian Empire. In return Japan abandoned its right over Sakhalin Island that went under Russian control. However Russia maintains that it has actually liberated the Kuril Islands from Japanese occupation, essentially denying the existence of any such treaty.

A senior Russian researcher said on Tuesday that Russia’s campaign on the Kuril Islands must be regarded as a wartime effort and as part of Russia’s vital role in the fight against fascism and Nazi Axis in Europe and Pacific.

After defeating the Imperial Japanese Army on Shumshu Island, Soviet Armies slowly took over the whole chain of the Kuril Islands along with another four islands that lie outside the chain.

The Japanese civilians living on the islands were forcibly evicted from their homes and sent to live inland Japan. A large number of Japanese soldiers were taken in as POW’s by Russian Army and were sent to Siberia. Russia maintains its legitimacy over the disputed islands citing that this was a direct consequence of the war and must stay under Russian control.

This longstanding dispute over some of the islands in the Northwestern Pacific has prevented both countries to bury any animosities from the World War and sign a peace treaty like the other nations of the world did after the war ended.