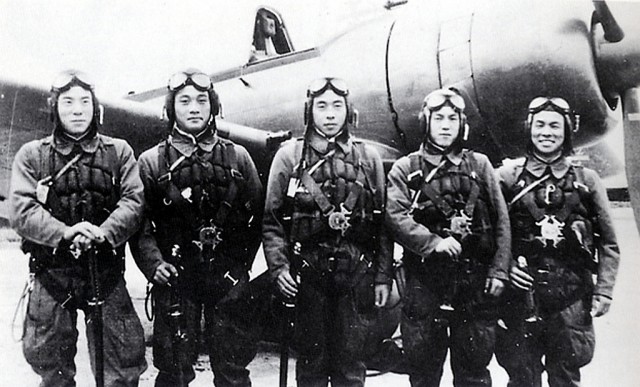 Even though World War Two had come to an end, the story of a Japanese couple who met their death in a deliberate kamikaze suicide flight against Soviet troops has come to light and has been turned into a television programme.

Tetsuo Tanifuji was a trained kamikaze pilot for the Japanese Imperial Navy, however for his very last flight he decided to take his wife, Asako with him.

This week, just after Japan commemorated 70 years since the atomic bombing of both Hiroshima and Nagasaki, it will also be 70 years since Tetsuo and Asako set off on their final flight.

Even though the bombs had been dropped and Japan was on the verge of surrendering, the Soviet Union declared war on Japan and was trying to take large areas of Japanese-controlled land in north China and the Northern Territory islands off Japan. Thousands of Japanese troops and civilians were making their way back to the Japanese mainland in defeat, so the invasion by Soviet troops was causing more chaos, attacking military or civilian they came across.

Japanese Emperor Hirohito surrendered to Allied forces and four days later 10 pilots from the Japanese Imperial Navy’s First Kyoiku Unit decided to launch an aerial attack on the incoming Soviet troops, in order to help other Japanese military and civilians in their retreat to the mainland, The Telegraph reports.

Tetsuo was a Second Lieutenant and just 22 years old. He collected his wife and together they climbed inside the Type 97 fighter plane. It is reported that another woman also joined another of the unit’s pilots in another aircraft.

They took off from their airbase and were never to be seen again. None of the aircraft that took part in the attack returned and no records of the mission existed or survived. It wasn’t until 1957 that the Japanese military declared Tetsuo was killed in action and not until 1970 that Asako’s family received her death certificate.

The story has been turned into a television drama in Japan, however the families of the couple are concerned about the story being dramatised. One family member said that no war stories are ‘heart-warming’ since they are shrouded in the misery of war. Another family member said that she would have done the same thing as Asako if she had made the decision to die with her husband.

Overall the family hopes that it will educate the younger generation about the devastation of war, and to oppose any attempts by politicians to get involved in armed conflict.