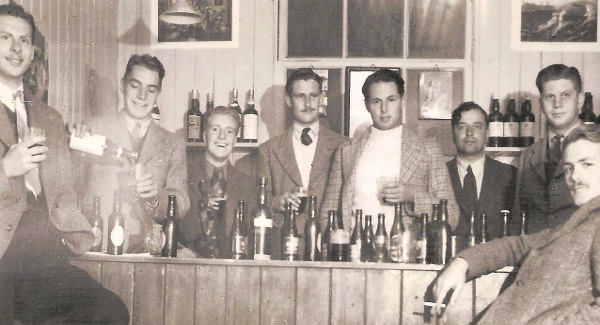 Prisoner of war camps existed across the United Kingdom during World War Two, but they also existed in Ireland.

One of them known as the Curragh at Brandon Point in County Kerry was one of the war’s strangest camps of all.

The first German airmen arrived at the camp in 1940 when a Focke-Wulf Condor took off from the German-occupied base at Abbeville in France to conduct a weather reconnaissance mission. The crew had already gathered more than three hours of data about the Atlantic off the coast of Ireland, so they began to chart their route back to France. They reached an altitude of 5000 feet and held that for around half an hour after which they thought they would be clear of Ireland.

However there was severe fog and visibility was low. When the crew thought that they had cleared Ireland and were somewhere over the ocean, they began to descend to 1000 feet, but as the clouds cleared during their descent they realised they were still very much flying over Ireland and were descending over the Maharees peninsula on the west coast.

Commander Kurt Mollenhauer told the aircraft’s pilot to divert westward back into the clouds and away from the coastland to get back out to the ocean. But they were flying directly over Brandon Bay and flew straight into Mount Brandon.

Luckily the plane caught a large rock which slowed them down and they came to a slow stop on the slopes of the mountain.

The six man crew were fine, with only two who had injuries. Irish home forces apprehended the men and took the injured to the nearby hospital, while the other four were taken to a barracks in Cork before being sent on to Curragh. They were all held at the prison camp for the next five years until the end of the war.

One of the crewmen even got married whilst being a prisoner and ended up staying in Ireland after the war. His son grew up in Ireland and became a trained pilot for Aer Lingus, the Irish Examiner reports.

The prisoners were allowed to drink alcohol, read the daily newspapers, and listen to the radio. According to Irish law during the war, they simply had to hold them to prevent them from returning to fight for the Germans. They were not classed as prisoners of war.