Nguyen Ngoc Loan (December 11th, 1930 – July 14th, 1998) was the chief of National Police in South Vietnam. Loan attracted worldwide attention following his execution of a handcuffed prisoner, Nguyen Van Lem, who was a suspected member of Viet Cong. The famed photograph was taken in front of an NBC cameraman (Vo Suu) and an Associated Press photographer (Eddie Adams) on February 1st, 1968. The photograph (which was captioned ‘General Nguyen Ngoc Loan executing a Viet Cong prisoner in Saigong) and also the film would later become famous images in contemporary American journalism.

The Execution of the Prisoner

Van Lem led a sabotage unit, with Viet Cong tanks alongside him, with the purpose of attacking the Armor Camp in Go Vap at approximately 4.30am. After his troops took command of the base, Van Lem arrested Lieutenant Colonel Nguyen Tuan, along with his family and made him show him and his troops how to drive tanks. When Tuan refused to help, Van Lem killed all members of Tuan’s family, including his mother who was 80 years old. Only one member survived this slaughter, a 10-year-old boy who was seriously injured. 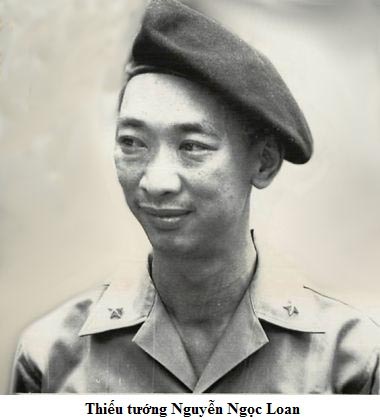 Van Lem was caught close to a mass grave that held 34 innocent bodies of civilians. He admitted that he was proud of killing these people, carrying out orders from his unit leader to do so. Loan had personally witnessed one of his officers being murdered, along with his three small children and wife in cold blood so when Van Lem was brought to him following his capture Loan executed him using his own sidearm (a .38 Smith & Wesson Model 38) right before the NBC News television Cameraman Vo Suu and AP photographer Eddie Adams. This meant the image and video of this execution was broadcast worldwide and bolstered the anti-war movement.

The photographic image enabled Eddie Adams to win the 1969 Pulitzer Prize in the category ‘Spot News Photography’ although Adams was later to regret the images impact (supposedly). The image went on to be used as an anti-war icon. Adams went on to write in Time Magazine ‘The general killed the Viet Cong; I killed the general with my camera. Still photographs are the most powerful weapon in the world. People believe them, but photographs do lie, even without manipulation. They are only half-truths. What the photograph didn’t say was, “What would you do if you were the general at that time and place on that hot day, and you caught the so-called bad guy after he blew away one, two or three American soldiers?”’ 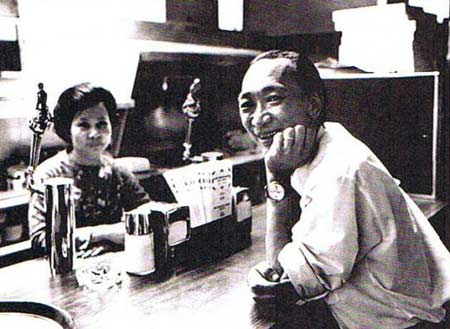 Eddie Adams apologized in person at a later date to Loan and his immediate family for any damage the picture and his statements about it had done to Loan’s reputation. After Loan passed away of cancer in Virginia, Adams said of him ‘The guy was a hero. America should be crying. I just hate to see him go this way, without people knowing anything about him.’ Loan was married to Chinh Mai and together they raised 5 children, Loan succumbed to cancer and died on July 14th, 1998 aged 67 in Burke, Virginia.

Several months after the picture of the execution was taken, Loan suffered serious injuries by fire from machine guns that led to his leg being amputated. His picture, once again, was used in the press around the world, as he was carried back to his lines by Pat Burgess (Australian war correspondent). Loan was an advocate for construction of hospitals, as well as known for his military service.

During the fall of Saigon, in 1975, Loan fled from South Vietnam and moved to the United States. Here he opened a pizzeria in Vurke, Virginia, Washington D.C. This pizza restaurant was in the Rolling Valley Mall and named ‘Les Trois Continents’. Loan was forced to retire in 1991 after becoming known and his identity disclosed to the public. Adams remembered his last visit to the pizzeria that scrawled on the walls in the toilets was ‘We know who you are, (expletive).’