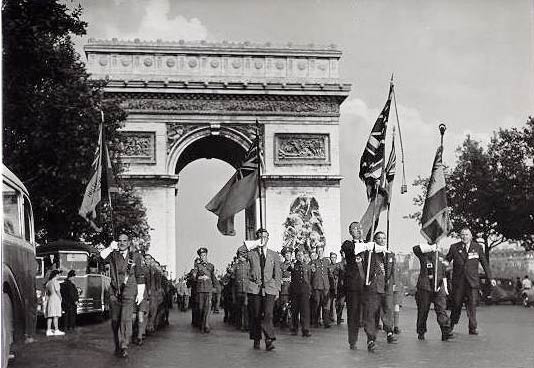 In this age of information and technology, we are blessed with numerous news sources and information platforms that we can use to corroborate the authenticity of a certain story. But this was not like this all the time and the idea of freedom of press that we take so much for granted, was an ambiguous term.

Snooping and government scrutiny over information flow was really a valid phenomenon in the first half of the 20th century, and just a few decades ago ‘press censorship’ was not a far-fetched idea.

In the first week of May, 1945 six years long period of chaos and destruction came to an end with Hitler’s suicide and an unconditional surrender of Nazi forces across Europe. One would have expected the events unfolding during the period to reach the masses promptly, however today very few are aware of the Allied censorship over the whole affair of Nazi surrender.

Although most of the focus has always been directed towards Nazi Propaganda, however Allied forces also kept a tight grip over the news and propagation.

The Supreme Headquarters of the Allied Expeditionary Forces (SHAEF) command had decided to select a handful of reporters and take them to the crucial fronts of the war where Nazis were surrendering. These reporters were coerced to sign an ‘agreement’ of silence, and Allied forces had the key as to when they could break their silence. One could argue on a variety of dimensions that this embargo by Allied Leaders brought, but as it turned out, Allied Leaders went to all these lengths only to appease Josef Stalin, since he eagerly wanted to put out a great show of Russian Victory over Nazis in Berlin.

Among the chosen ‘press corps’ was a renowned journalist Edward Kennedy who was working for the most respected name in news reporting ‘Associated Press’ or AP. Kennedy was really concerned about the ‘tyrant-like’ embargo on press by the Allied leaders. After flying back to Paris from Reim, witnessing the surrender himself along with a number of other journalists (no American journalist or reporter was chosen by SHEAF for no apparent reason), he rushed to the nearest telephone line and decided to break the news to AP.

Kennedy made a call to Associated Press’ bureau in London and dictated the lead about the surrender of Nazis to Russians and Allied forces across Europe. Within a few minutes every news outlet in Europe was flashing the breaking news and jubilation kicked off across the whole continent, the Quartz reports.

Associated Press had to face the wrath of SHEAF and other Allied organizations for dishonoring the code of journalism, and AP consequently diverted the force towards Kennedy. Kennedy was asked to apologize for his ‘appalling’ act, which he obviously refused and consequently got sacked from AP. A few years later AP apologized from Kennedy who died in a car crash in 1963.