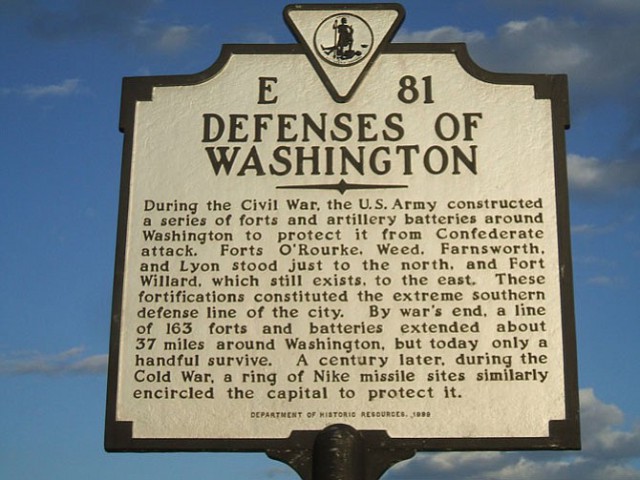 It is a surprising fact that a civil war camp named Camp Vermont is not in Vermont; it is rather located in the present day Spring Bank Community. Hailed as the biggest Union soldiers camp in the area, the Vermont Camp could not make to the headliner sites of the Civil War.

The soldiers from the 2nd Vermont Volunteers made to this patch of land, and decided to set up a camp. They named the camp ‘Camp Vermont’, in a bid to relieve their nostalgia for home and family in a strange territory. In the book ‘Army Life in Virginia, The Civil War Letter of George G. Benedict’ there is a clear mention of camp set up on the land that belonged to Spring Bank Manor, and was established in 1862.

A newspaper editor from Vermont, George G. Benedict decided to join the 2nd Vermont Volunteers as a private. Benedict was sent to Washington D.C, his group stayed in various camps in D.C. and Virginia and finally received the orders to move a couple of miles south of Alexandria. Their first day at the campsite was not a great one;a heavy snow welcomed them, almost 5 inches of it, and a cold snowstorm swept through the park.

In his letters, Benedict carefully recorded the details chores and duties in the camp performed by the soldiers. He spoke about the association they developed with the camp just because of its name. His accounts also tells us the way soldiers prepare to deal with the winter by building small living units with strong rooftops to bare the weights of the snow. These units were equipped with stoves and heaters built by the soldiers.

While outside the camp their duties varied to a great deal. Sometimes soldiers from the Camp Vermont were called to assist in the building of forts in nearby area, while others were posted as sentries on the Occoquan River. According to the reports there were more than 5,000 soldiers living in the Camp Vermont at one time, the connection reports.

The occupants of the camp were also actively involved in the combats during the civil war and played a very significant role in the famous Gettysburg battle. Benedict, who was promoted to the position of 2nd Lieutenant along with his unit, was honored with a Medal of Honor for his role in the Battle of Gettysburg.

A former slave slowly bought 88 acres of land from Elizabeth Downey who was the owner of the Spring Bank Manor. The land was very close to Henry Quander’s heart, who, during his slavery period, learnt reading and writing from the union soldiers in the Camp Vermont. It was his knowledge of reading that made him confront his master, proclaiming his freedom, who agreed to grant Quander his freedom. Henry Quander continued working for his master for wages and saved money to buy the Spring Bank Manor.