He’d lay there for seventy years. His face in the dirt, his helmet still on, his rifle by his side. Now this brave warrior is reduced to tatters of rotting fabric, rusty buttons and bare bones.

This unknown soldier fell during one of the Japanese Army’s last ditch attempts to retake the island of Guadalcanal from the Allied forces. It was January 1943 and the Americans had turned the tide on the mighty Imperial Army, forcing them west and away from their strategic objective of Henderson Field, now Honiara’s International Airport. Such was the ferocity of the combat that the now exhausted Japanese, denied food and supplies, barely had enough strength to fight let alone bury their dead.

After the smoke had cleared and the last rifle shot rang out, thousands of dead soldiers lay strewn where they fell. In creeks and rivers, in fields and in the foxholes they had dug in defense. Exposed to the elements, wild pigs and time, they gradually return to the earth, their possessions, equipment and keepsakes resting beside them.

“You only have to spend a few hours in the bush and you’ll find them there,” says Kurt Markwarth, “guns, ammunition, equipment and of course, bodies. Most of them are shot up badly. Just look at this ration tin.” He holds up a little aluminum can once used to boil a serve of rice. It’s completely riddled with bullet holes and was found next to one of the soldiers. 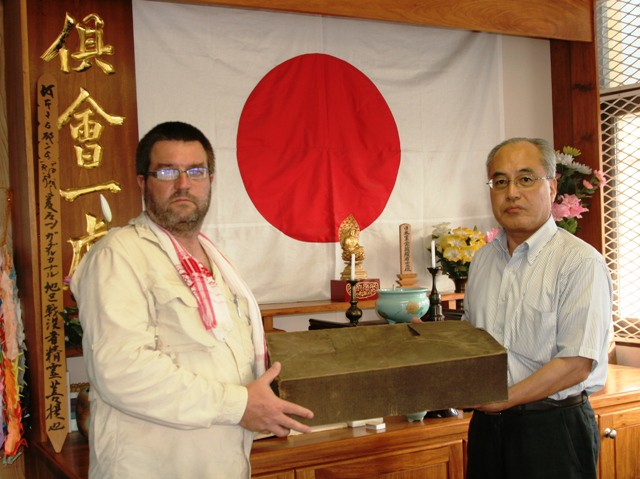 Kurt and his brother Anders have been collecting battlefield relics since they were children. Now their haul fills a corner of a large timber yard near Lunga Point, itself the site of many deadly encounters. Piles of rusty munitions, bullets, shells, hand grenades, artillery pieces, aircraft engines, machine guns and even a complete US Stuart tank make up their inventory which they hope to one day turn into a museum.

“We lost some of our best exhibits when RAMSI officers raided our premises during the tensions,” continues Kurt, “Word got around that we had weapons here, and we did, but these were all carefully restored relics we had found in the bush. We’ve tried to get them back, but they won’t budge.”

During their many sorties into the undergrowth in search of artefacts, their searches almost always result in the discovery of human remains. And where there is one, there is usually many more.

The Japanese Government, represented in Honiara by Charge d’Affaires, Akira Iwanade, is working with his ministry in Japan, war bereaved families and local communities to finally give their war dead a proper burial. Fossickers like the Markwarth brothers and even locals digging their fields have all played an important role in the recovery and repatriation of remains. These remains, ranging from complete skeletons with full kit to scattered bones, are solemnly gathered and placed in safekeeping at the consulate office.

At their own expense, these families will come to Honiara periodically and conduct cremations of the gathered bones, taking the ashes with them back to Japan. But unlike missing Allied servicemen, the identification of Japanese dead is difficult, if not impossible.

As Kurt and Anders show me more of their treasure trove, I notice bowls of dog-tags on the table, each filled to the brim. Allied tags show full identification; name and serial number. Japanese tags, on the other hand, are surprisingly vague, showing just Army unit. 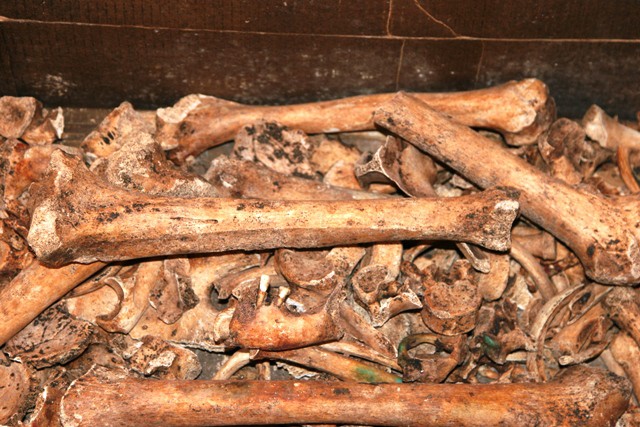 Kurt points to a fruit box in the corner. It contains a complete skeleton.

I photograph the tag hoping to extract some information that might eventually identify this fallen soldier. I offer to return the bones to the consulate and the boys agree. Half an hour later, I hand the dusty box to a solemn but grateful Iwanada-san. As I do, a tooth falls through a hole in the box and onto the floor. It is a carefully capped, amalgam tooth, showing expert dentistry. Even with such precise dental remains, this soldier is unlikely to ever be known to his surviving family, relatives instead content with mass cremations at the large memorial erected near Mt Austen, the site of one of their final desperate stands.

As time heals the wounds, the Japanese Government now busies itself with humanitarian and aid projects here in the Solomon Islands while the locals, with only rusting relics and stories to remind them of the bloody conflict of 1942 and ’43, help to put to rest the many fallen warriors still without a grave.

With over 20,000 Japanese alone on Guadalcanal without a final resting place, the task is likely to continue for some time.

If you are visiting Honiara and wish to view the Markwarth collection, call for an appointment and enquire about admission fees, which are used for funding current restoration projects which include an M3 Stuart tank and Buffalo amphibious landing craft. Ph: +677.7576455 or a.j.markwarth@live.com.au

All images courtesy of Roderick Eime