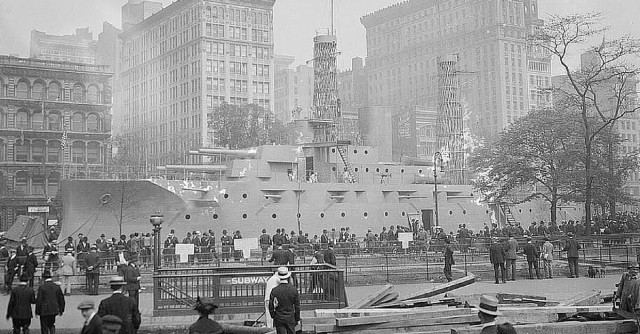 The destroyer USS Recruit docked at Manhattan’s Union Square in 1917, but was in fact a wooden replica that was used as a recruitment drive to encourage civilians to join the US Navy.

According to the New York Times at the time, the USS Recruit had ensured that more than 25,000 civilians signed up to join the US Navy. The ship was put up in Union Square in 1917 when the US joined World War One. It was on the square for three years, after which it was dismantled and transported to another location. 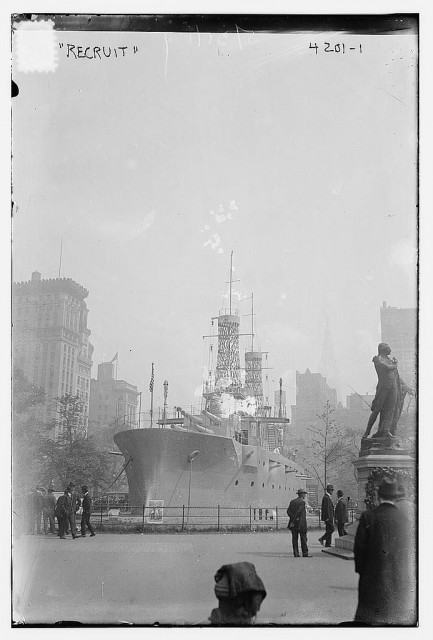 The ship had a crew of eighty men who all attended its dismantlement and they even had a military band to lower the ship’s flag.

The destroyer became an icon of the US’s effort during World War One and was set to be rebuilt as a permanent recruitment office for the US Navy at Coney Island in Brooklyn. However, it never reached its destination and was never resurrected,.

No one knows what then happened to the USS recruit. 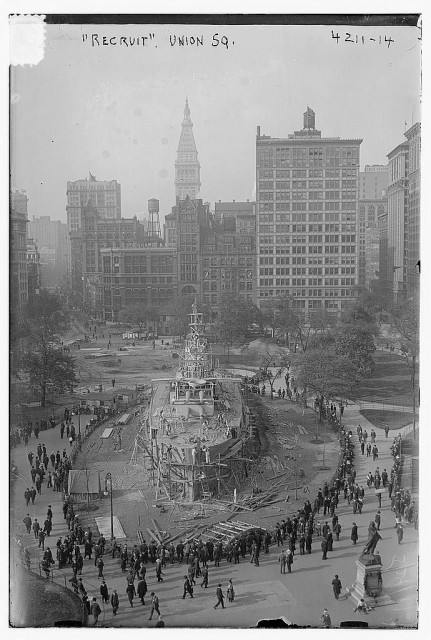 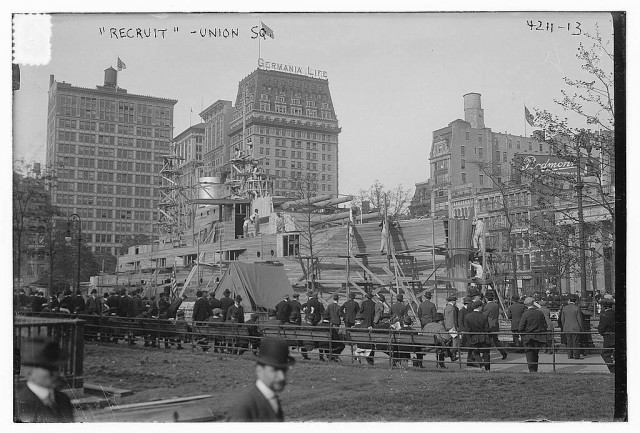 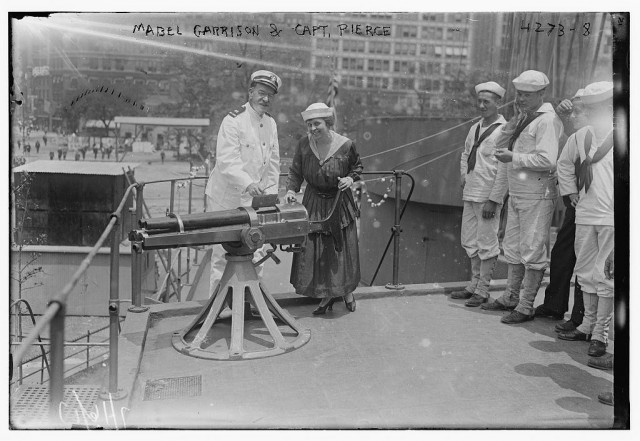 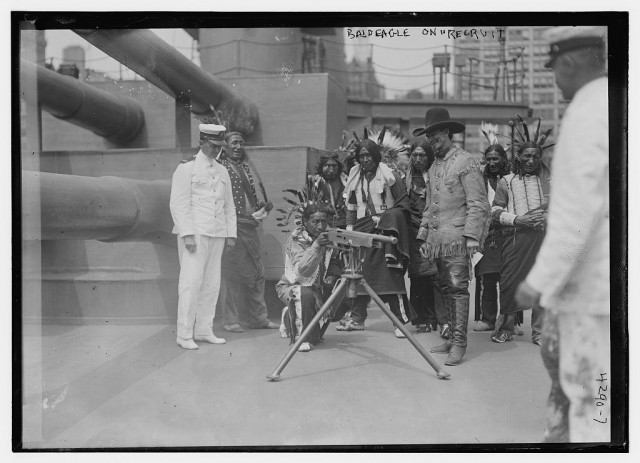 Bald Eagle and other Native Americans on the USS Recruit 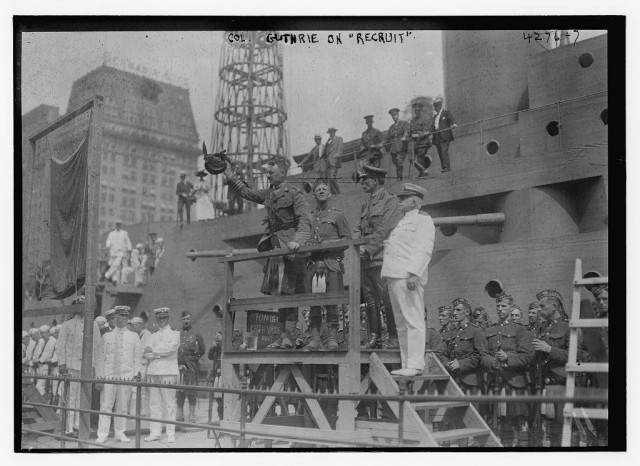 Colonel Gutnrie on the USS Recruit 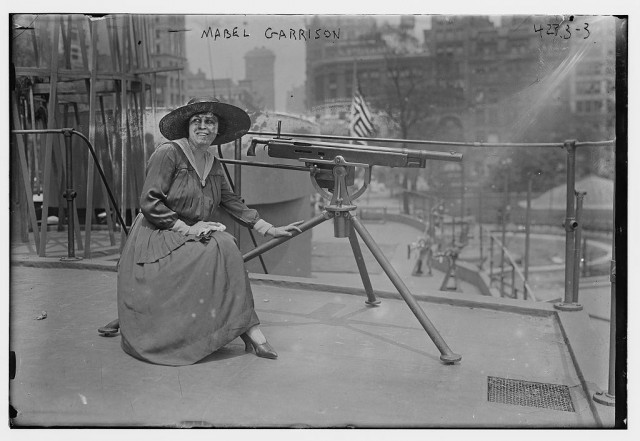 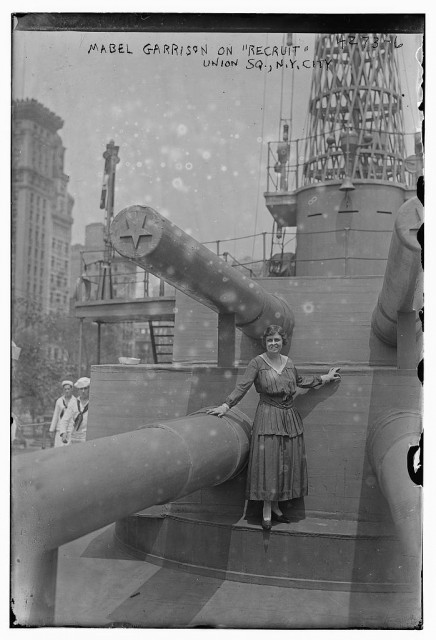 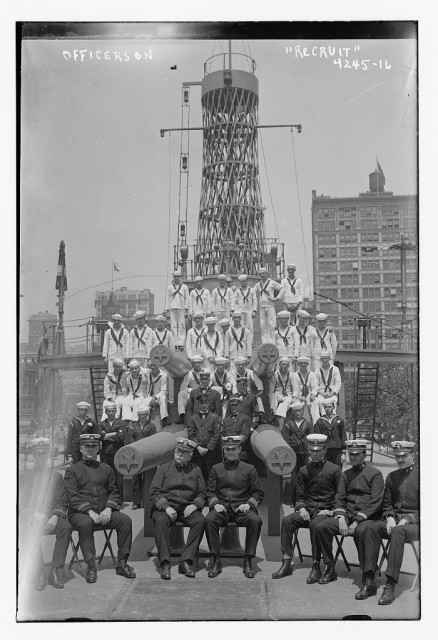 Officers on the USS Recruit 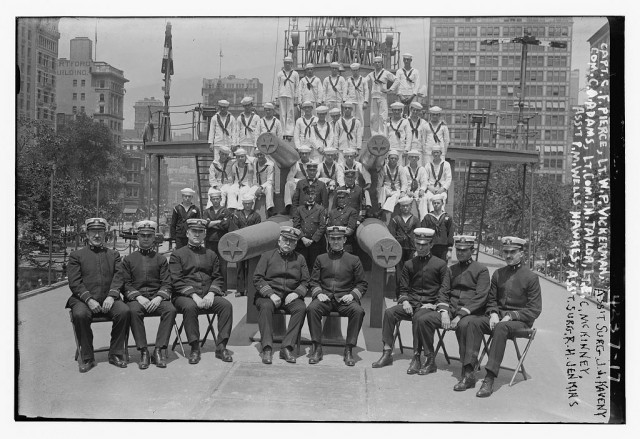 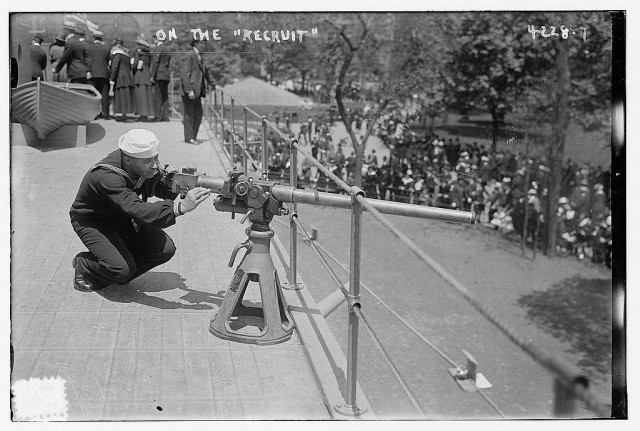 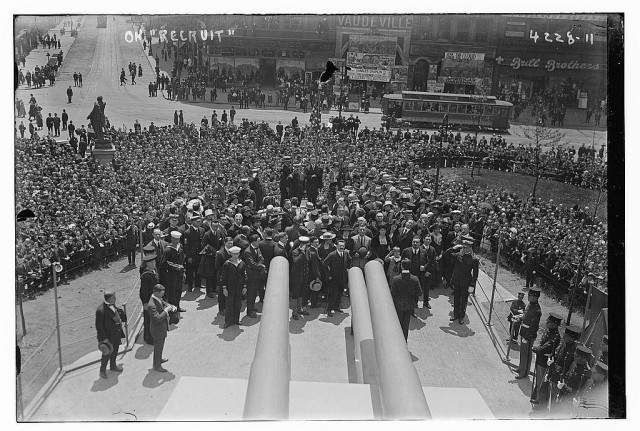 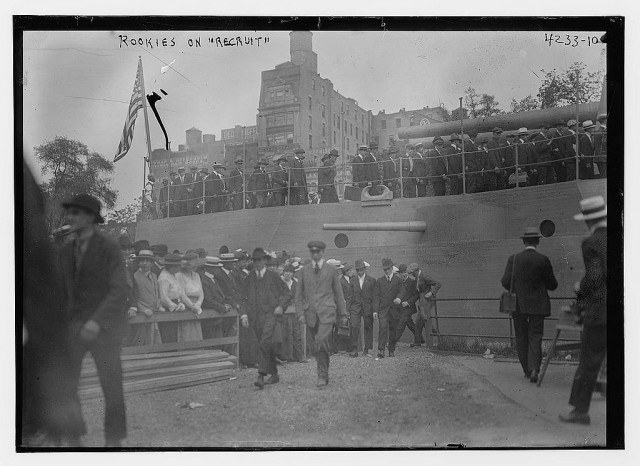 Rookies on the USS Recruit 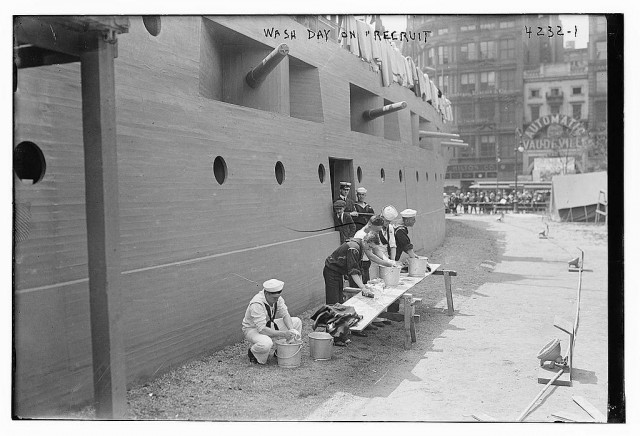 Wash day on the Recruit 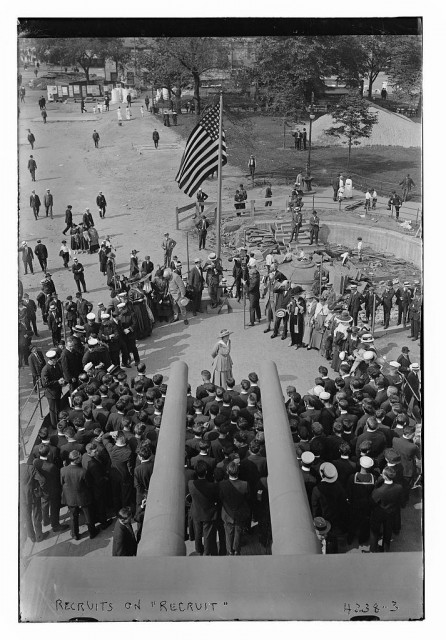 Recruits on the USS Recruit 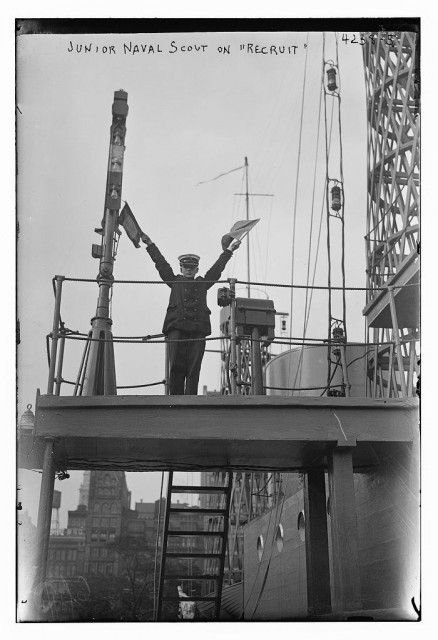 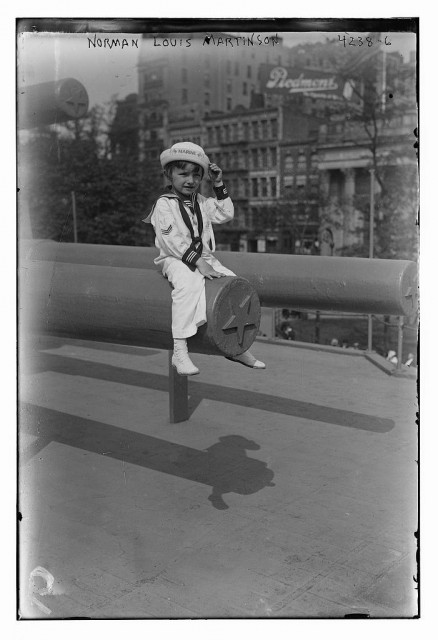 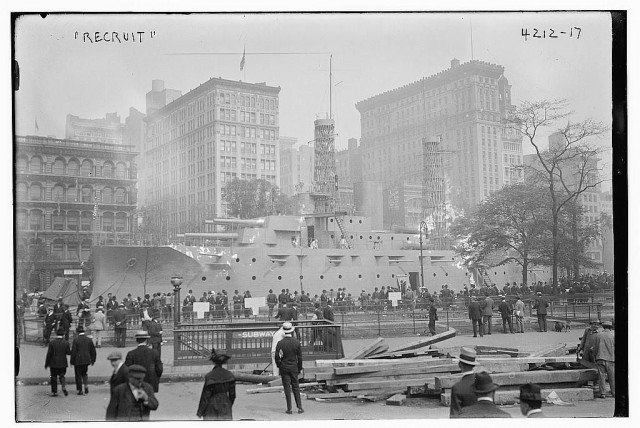 All images: Library of Congress