Donald Trump likes “people that weren’t captured.” When I heard Trump’s babbling ramble about Senator John McCain, my thoughts were not with the senator, whose story and character of service are legendary. My thoughts were of a part of France that is forever green — “Marine green” — and the families of three Marines; Colonel Peter Ortiz, Sergeant Major John Bodnar and Mr. (former Staff Sergeant) Jack Risler. The parts of France I refer to are the Alpine resort Col d’Saisies and the little town of Centron whose residents would be proud to tell Mr. Trump, or anyone, for that matter, they not only “like” some who were captured, but in fact love and revere three Marines who surrendered to the Germans in 1944!

I know, because in 2004 more than 6000 of them showed up to commemorate the 60th anniversary of the unique US Marine-Office of Strategic Services (O.S.S.) UNION II mission to the French Resistance in Haute Savoie that Ortiz led and Bodnar and Risler were a part of. It was my privilege as a Marine Major in concert with French Sergeant Major Jean Louis Perquin to have played a role in orchestrating the 2004 commemoration. With the help of Mr. Berthault of O.N.A.C and Colonel Brendan Kearney of Marine Forces Europe, we were further able to convince the Marine Corps to fly the survivors and families of the mission’s participants to France wherein the French Government awarded the Legion of Honor to both Bodnar and Risler. 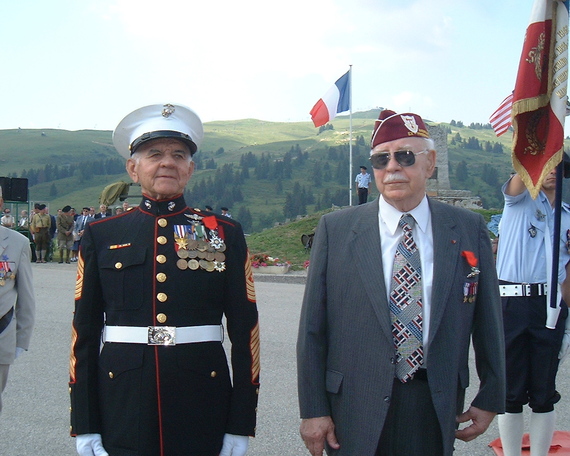 This August will mark the 71st Anniversary of UNION II and Ortiz’, Bodnar’s and Risler’s “surrender.” In the black and white impetuous simplicity of Trump World there is no telling how “the Donald” would initially brand the actions of those Marines before playing “clean up,” once the story was told. As the terms Marines and “surrender” are not generally synonymous, it is a story worth recalling. 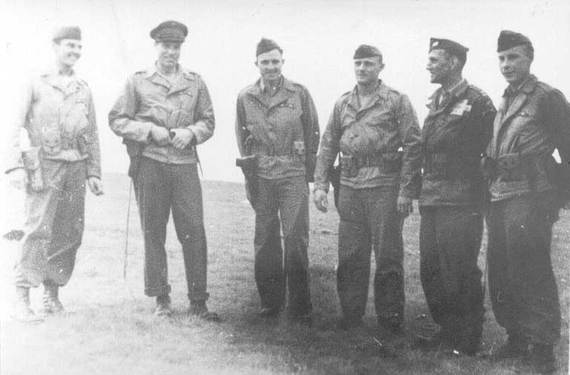 UNION II was deployed to occupied France as an O.S.S. Operational Group (O.G.) to conduct “behind-the-lines” combat action against the Germans together with the French Resistance. The mission began August 1, 1944 when 78 B-17 Bombers dropped Ortiz, Air Corps Captain Francis Coolidge, Gunnery Sergeant Robert La Salle, Sergeants Charles Perry, Frederick J. Brunner, Bodnar and Risler, and a Free French officer, Joseph Arcelin, along with a large supply of weapons and ammunition to the French Bulle Battalion deployed on the Saisies plateau.

During their first weeks in France, UNION II conducted tactical training for the resistants and then began a series of patrols to link up with other resistance groups in the area. On August 14 the men of UNION proceeded to the small village of Montgirod, where they were heavily shelled by German artillery. Jack Risler later stated, “The action… lasted all day. We were surrounded – however after dark (we) managed to escape. The Germans destroyed the village by fire and shot hostages. On August 16th we were surrounded again in the town of Centron (the sister village of Montgirod).” 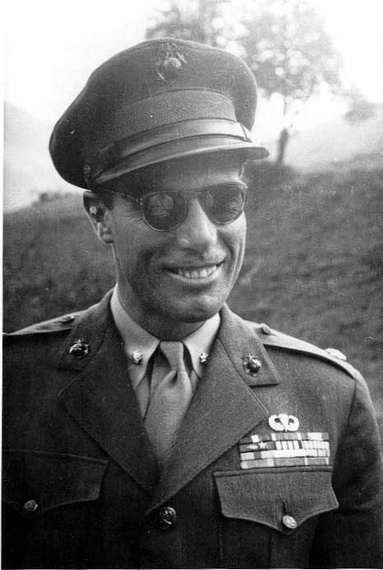 Following his release from a P.O.W. camp at war’s end, then Major Ortiz wrote in his after action report (now located in the National Archives:)

When I reached the cover of the village, I lost contact with Captain Coolidge, Sergeant Brunner and Joseph Arcelin (Coolidge and Brunner escaped.) Sergeant Risler was nearby and Sergeant Bodnar was with me… My initial plan was to retreat, through Centron, to and across the Isere (River,) but the inhabitants were terrified and implored me to prevent innocent villagers being killed, the taking of hostages and the burning of their village. I felt responsibility for the lives of these people very keenly. I soon realized that the only hope for them was for me to propose to the enemy the surrender of UNION in return for his word to spare village and villagers.

Since the activities of Mission, UNION and its previous work were known to the Gestapo and to the enemy commanders, there was no reason to hope that we would be treated as ordinary prisoners of war. For me, personally the decision was not too difficult to make in that I had been involved in dangerous activities for many years and was mentally prepared to have my number turn up. For the other members of the mission, however, surrender without a fight and to face possible torture required a real sacrifice. Sergeant Bodnar was with me. I explained the situation and told him what I intended to do. He answered gamely, “Major, we are Marines. What you think is right, goes for me.”

It was then Major Ortiz made a “deal,” the magnitude of which, humanely trumps anything “the Donald” ever did in business. Under fire, Ortiz calmly walked toward the Germans. When the firing stopped, Ortiz spoke with the commander of the German force and offered to surrender his team so long as the Germans agreed not to harm the residents of Centron. The Wehrmacht officer acceded and honorably kept the bargain.

At the conclusion of the 2004 ceremonies at Col d’Saisies and Centron, I lost count of the number of tearful hugs I received from surviving Resistance members for simply being a Marine, for being there with them to remember. What I did not lose count of were the number of their offspring who told me they, their brothers and sisters and their children might never have been born were it not for the decisions Ortiz, Bodnar and Risler made in August 1944.

Donald Trump has since attempted to walk back his remarks; no matter… he said, what he said. Were you to have told men like Ortiz, Bodnar and Risler they were heroes, they would not have recounted how smart, wealthy or brave they were, they would have blushed and humbly replied; “we just did our job.” Those are the kind of people I like, Mr. Trump.