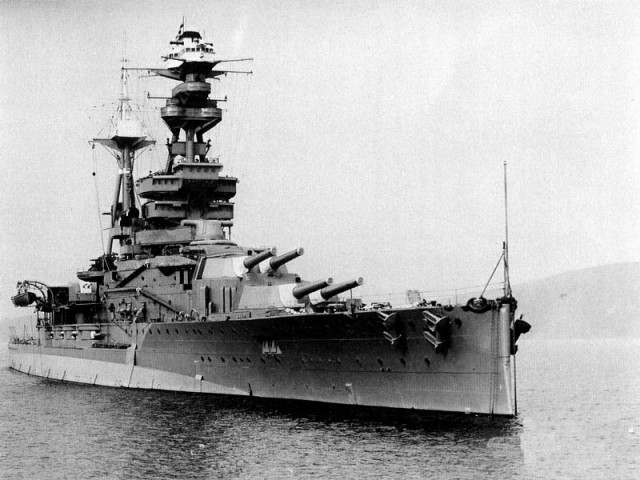 A seven-meter torpedo was discovered last month in Scapa Flow, a shallow-bottomed bay sheltered by Scotland’s northern islands. Experts believe that the torpedo was fired by a German U-boat at the HMS Royal Oak at the beginning of World War II.

It was found during a routine sonar survey by Sula Diving for Orkney Islands Council.

Royal Navy divers from a nearby base arrived to see the video of the torpedo and inspect it on the seafloor.

Ships were warned not to drop anchor near the torpedo and divers were warned to stay away. Still, the object is said to hold no threat.

The divers marked its location. They are scheduled to return later to remove it.

Scapa Flow was used as a Royal Navy base in both world wars. It is now popular with divers who like to explore the many wrecks of British and German vessels in the area. Over 50 German vessels were sunk at the end of World War I by their captains to keep them out of Allied hands.

The Royal Oak, a Revenge-class battleship, was torpedoed in the same area by a German U-boat on October 14, 1939; 883 lives were lost.

Experts believe that this torpedo was part of that attack.

“Now that we know that the torpedo is German, we believe it is highly likely that it was among those fired at HMS Royal Oak by the U-47 in October 1939,” said Brian Archibald, Orkney’s harbor master. “Its location in Scapa Flow is in the vicinity of the area where, from historical accounts, U-47 is thought to have carried out the attack.”

The dive to the torpedo was especially poignant for the Northern Diving Group team. According to Lieutenant Commander Tony Hampshire, the team travels to Orkney every year to visit the wreck of the Royal Oak, an official war grave. It is an act of remembrance for the team.

Hampshire said, “Northern Diving Group has the honor of diving and placing the White Ensign on the wreck of Royal Oak. It is a task the group has conducted for many years and one which we are proud to participate in.

“To think that this torpedo could have been one fired at HMS Royal Oak brings the tragedy home.”

Hampshire added, “While it wouldn’t be safe to preserve the torpedo whole, once we return to the scene we will explore the possibility of preserving one of the fins or perhaps a propeller blade.”