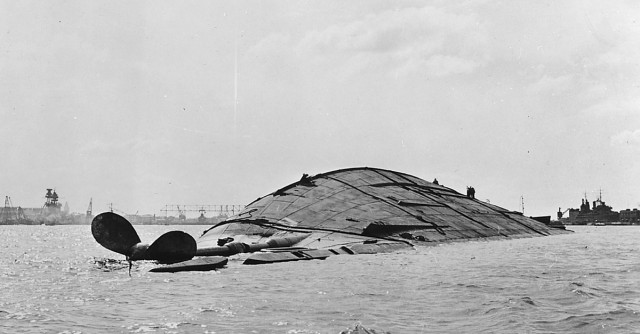 Since the December 7th 1941 bombing of the USS Oklahoma, many of its crew are still reported as missing in action.  Recently there have been seven bodies that have been recovered from the capsized vessel in WWII and these are in the process of being identified.  Considering the amount of time that has passed, the bodies can only be identified through dental records.

Since June of this year, the Defense POW/MIA Accounting Agency started digging up some of the graves of nearly 400 sailors and Marines from the USS Oklahoma. Members of the agency had traveled to Honolulu to the Veterans cemetery where the bodies of the unknown were buried after the disaster.

Officials hope that within five years they can identify almost 80% of the crew members that are still considered missing.  The reason the military has started the identifying process is because of the advanced technology the forensics teams now have available to them.  They can finally identify the remains so they can be returned to their families and be laid to rest properly, the Mail Online reports.

Just recently, officials exhumed the last four of the 61 caskets that are still considered unidentified. A lot of the caskets actually have more than one body in them, making the remains a bit more difficult to identify.  The families who are receiving remains have the option of taking the remains as they are identified or waiting until there are more body parts or skeletons to make up a complete identification.

Currently the identification process is being done in Honolulu and Nebraska; everything is done through the Armed Forces DNA Laboratory in Dover.

There were about 429 men killed on the battleship; only 35 of these were identified in the years immediately following the bombing. Altogether, more than 2,400 sailors, marines, and soldiers were killed in the Pearl Harbor attack.