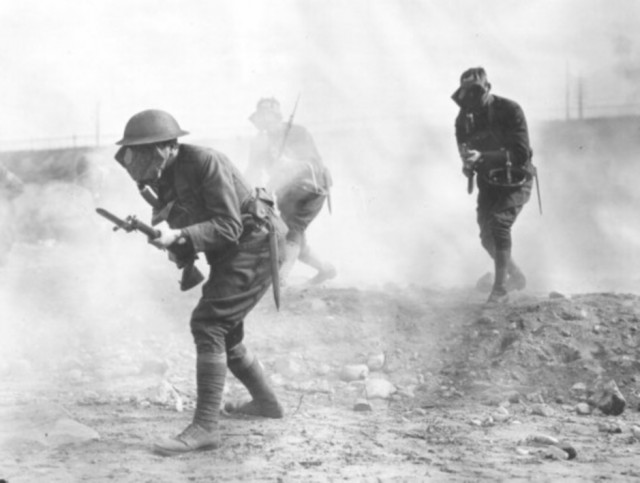 Chemical weapons and poison gas were first used in a military context 100 years ago as World War One raged across Europe. Scientists from both sides tried to offer a treatment and remedy for the effects of the poisonous gas that had started to be used on the battlefield.

At the time, this branch of science was still in its infancy and experimentation was central to its development. Many scientists would use their own bodies to test and trial treatments and medical procedures. But this was controversial even in the early 1900s.

When chemical weapons made their first appearance on the battlefield, there was an urgent need for scientists to establish a treatment. Many exposed themselves to the harmful gasses and poisons. Some suffered permanent damage or injury; others even gave their lives.

In the spring of 1915, the German army dispatched 150 tons of chlorine gas onto the Allied troops at Ypres. Some troops had been provided with masks and oxygen so that they could breathe clean oxygen, but the majority of the front-line infantry just had basic masks, and the protection was useless. Around 1,000 French soldiers lost their lives in the attack.

The smell of chlorine gas began to be recognized on the battlefield, as it would spread for miles. The troops began to understand that a cloth, drenched in water or even urine and placed over the mouth and nose, could stop its deadly effects.

A couple of days after the initial attack, Canadian troops armed themselves with buckets of water and cloths for soaking, once their sergeant worked out what they needed to do in order to protect themselves. Nuns at a nearby convent also came to the rescue of Allied troops by making 3,000 lint mouth and nose masks, which they distributed far and wide.

It was British chemist George Pollitt who developed the first official army instructions for troops to prepare wet cloths and breathe through them when a chlorine gas attack occurred.

Meanwhile, the British Government was busy developing an improved gas mask that could stop the deadly effects of the gas. A pad respirator was soon developed by Herbert Baker, a chemistry professor at Imperial College, London.

The pad was soaked in a mix of sodium hyposulphite, sodium carbonate, and glycerine – a combination that would neutralize the effects of poisonous gas.