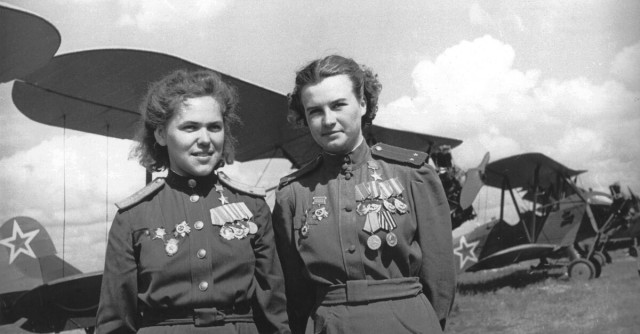 Few people would connect broomsticks, witches and crop-sprayers to a feared group of female Russian pilots. The women pilots were members of the 588th Night Bomber Regiment of World War II. Even today not many people know about these female pilots who did so much to support their male comrades by the accurate bombing of German troops.

These women were usually aged 17 to 26 years of age used to fly on night-time bombing missions. When approaching their target, they would idle their engines and glide into their bombing points. This largely silent approach gave off a “whooshing” sound as they went by, causing the Germans to liken it to the sound of the broomsticks of witches and thus arose the name of “Nachthexen’ – Night Witches!

These girl-pilots harassed the Germans to such an extent that they were both hated and feared by them. It was said that any German pilot who managed to bring down one of the planes of a Night Witch would automatically be awarded the Iron Cross. It is no wonder that these intrepid girl-pilots bore the name ‘Night Witches’ with pride! 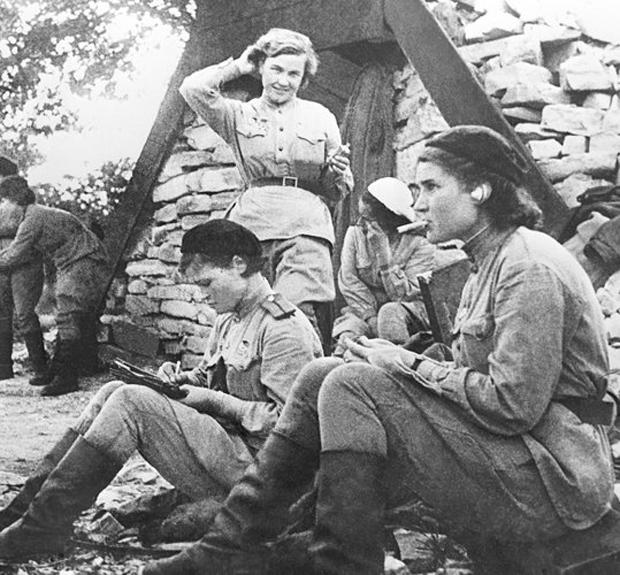 Stalin, after much lobbying by the renowned Russian woman pilot, Marina Raskova, finally allowed a group of females to be trained as bomber pilots and thus created three female units, one of which was the all female 588th Night Bombers Regiment. These female pilots were to be allowed to take the same roles as men who made Russia a very progressive nation.

It was the only country at the time to allow women to take part in actual combat missions. Marina Raskova herself began training suitable candidates in flying and navigating and also as maintenance and ground crews. This training of girls as war pilots was seen by the majority of the men in the air force as being of little value, but it was not long before these girl-pilots were to prove their worth and bravery in no uncertain terms.

In June of 1941, the German armies attacked Russia (Operation Barbarossa) and moved like lightning across the Russian plains catching Stalin and his armies by surprise. The Nazis devastated the Russian Military, took millions of prisoners and reached the outskirts of Moscow.  The situation was critical. The Russians needed all possible manpower and were desperate for pilots and planes – the Germans had to be stopped, at whatever cost or Russia was doomed. 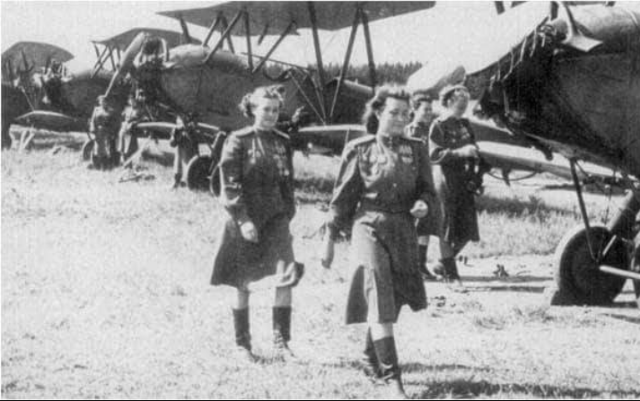 The female pilots of the 588th Regiment faced this challenge head on. Their planes – the Policarpov Po-2 bi-panes – were made of plywood and canvas and had mostly been used as crop-dusters, or for training. These planes were small and light and able to carry only two bombs – one under each wing.

The crew of two had to fly in an open cockpit, which meant they suffered from frozen feet and frostbite in winter. They were not helped by the fact that they were issued with unsuitable, hand-me-down male uniforms. They had no handguns, no space to carry parachutes and they had to rely on maps and compasses for navigation as they were not equipped with radar.

Should they be hit by tracer bullets, their planes would turn into a ball of fire. In spite of these heavy odds these female pilots demonstrated their extreme bravery, often flying 8-10 bombing missions over enemy-held territory, night after night.

As these planes were so small and light, the missions were very dangerous.  The crews had to search for the German encampments from a very low altitude and so were easy targets, frequently coming back to base with their canvas-covered planes spattered with holes and ripped canvas from being shot up.

Sometimes they made it back to base having been set on fire by tracer bullets, often they came home with wounded crew or even worse -they did not return at all.  Raskova herself was killed in action.

These little Polikarpov biplanes were able to fly very low which helped them to evade the German pilots and since the top speed of these bi-panes was less than the stalling speed of the Nazi planes they were able to manoeuvre more easily and with agility. These features thus formed the only defences the planes had. The Night Witches’ missions usually required that they flew to a nearby target, mostly behind enemy lines.

They developed a strategy whereby three planes would fly in formation, and as they neared the target, two planes would fly so as to attract the German searchlights. These two would then fly off in opposite directions, twisting and weaving to avoid the anti-aircraft guns while the third plane would slip quietly through the darkness and drop its bomb load.  Something similar would be repeated until all three planes had dropped their bombs before flying back to base where they would refuel, reload and then fly off on their next mission. 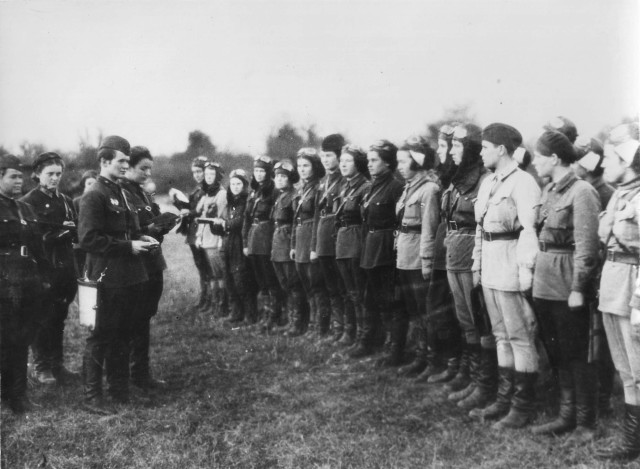 During heavy fighting, there were as many as 40 planes flying per night. Almost every time these pilots had to fly through a wall of enemy fire. In all, the Night Witches flew approximately 30,000 missions and dropped 23,000 tons of bombs. This constant harassment night after night made the Germans hate the ‘Nachthexen’ even more. The tension was beginning to be felt. They suffered sleepless nights, they felt threatened and unsafe and were wearied by the constant need to be on the alert and to remain in defensive positions. While it caused German morale to fall. The cost to the 588th Night Bombers, was high, for they lost 30 of their pilots.

A commander, Nadezha Popover, who completed 852 bombing missions for the Night Bombers, died on the 8th July 2013 at the age of 91. She was quoted as having said “we had a lot of clever, educated, girls “  and  “we bombed, we killed, it was part of war.”

The cleverness of the ‘Night Witches’ as much as their bravery accounted for their success. Nadezha was one of the 24 Night Witches who were recognized for their incredible determination and bravery against all the odds and who were given the ‘Hero of the Soviet Union’ award.

It was a fully deserved honour indeed!