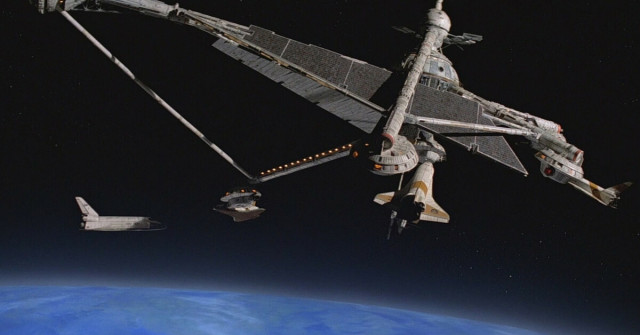 As the world moves towards a new era of space-based defence, Russia wants to be the first country to develop and successfully implement a full space armament program. This would put them ahead of the U.S. that has already tried and failed in this area.

In 2001 the U.S. Pentagon launched its ‘Spaced-based Radar’. The aim of the program was to provide global radar with Surface Moving Target indications, with the possible option for upgrading the Space Based Radar system to include a missile defence capacity.

Four years later, in 2005, the expensive program’s costs needed to be brought down to a more controllable level, so the program was re-named ‘Space Radar’ and now included a combination of the Department of Defence and U.S. intelligence community’s requirements. Unfortunately, a dispute between the two agencies ensued due to both parties’ inability to reach an agreement on system requirements and control. According to Maschenka Braganca, who works for CSIS, the Center for Strategic Studies:

“The IC and DOD circled largely around the strength of aperture imagery and high revisit rates, as the Department of Defence require more rigorous activity in tracking motion of moving objects than the Intel Community.”

The U.S. program proved unsustainable and was eventually cancelled in 2008. The failure was attributed to a mass of irresolvable technical issues and the projected costs of the program, which had ballooned to almost $38 billion. At the time, the Americans judged that there was also only a very limited threat of a nuclear stand-off. The main threat to America was a terrorist attack using some weapons of mass destruction.

It is possible that Russia will achieve its goal of controlling space; the Russian military has already managed to successfully rebuild its air defence system when it was weakened as a consequence of the fall of the Soviet Union.

Deputy Prime Minister Dmitry Rogozin explained in a recent interview with the Moscow-based news agency Tass that he believes that the creation of armaments and military hardware for air and space defence “will help make our facilities fully secure from a potential enemy’s sudden missile attack”. The Russian military managed to rebuild its air defence system when it was weakened as a consequence of the fall of the Soviet Union.

If Russia does succeed in building and deploying this system it is believed it will be used to increase Russia’s capability of tracking and destroying incoming and intercontinental ballistic missiles.