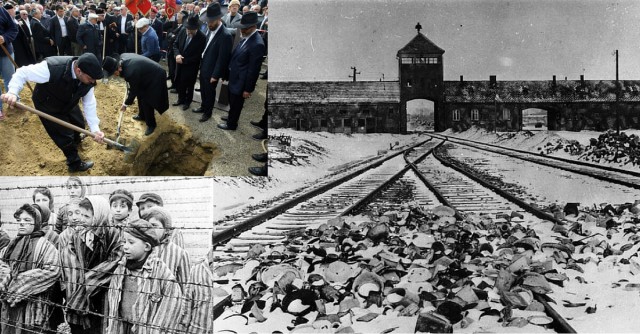 The remains of preserved Jews who were part of Nazi experiments at Auschwitz have finally been laid to rest 70 years after the end of World War Two.

Menachem Taffel was a Polish Jew who was living in Berlin as a dairy merchant before the war began. Menachem and his entire family were sent to Auschwitz in 1943 including his wife, her parents and their children. As soon as they arrived the entire family was gassed except for Menachem, who was separated along with other working age men to be sent to the labor camp.

However, Menachem was selected along with a group of 86 other prisoners to be selected for Nazi Dr August Hirt’s experiments. The group were sent to Natzweiler-Struthof in France, a research center set up by the Nazis once they had occupied the country.

Dr Hirt had worked his way up the Nazi party to become SS Hauptsturmführer. He had been born in Mannheim, Germany in 1898 and enlisted to fight with the German Army in 1914. Wounded in action, Hirt was awarded the Iron Cross and was sent home to recover just as the war was ending.

Hirt returned to his studies and took up medicine at the University of Heidelberg. It was in the 1930s that he first became involved with the Nazi’s SS division, which prior to the war, was the key proponent to the Nazi philosophy of creating the pure Aryan race within Germany. It preached that Jews, gypsies and Slavs were not human and should be exterminated.

Hirt continued in education and chaired the anatomy department at the Reichsuniversität in Strasbourg. He remained close to the SS and particularly its leader, Heinrich Himmler and had been part of the development of the Nazi’s Final Solution to eradicate all Jews in German-occupied territory.

It was in 1942 that Hirt submitted a paper to Himmler outlining a project whereby he wanted to create a collection of skulls and skeletons of Jewish prisoners for research purposes. Himmler agreed and the gassing of prisoners was sanctioned at Natzweiler-Struthof, the only place where Jews were murdered en-masse in France.

The group of 87 prisoners included Jews from Greece, Germany, Poland, Russia, Austria and Lithuania. When they arrived at the camp in France in August 1943 they were gassed over three nights and then their remains were sent to the medical institute in Strasbourg. 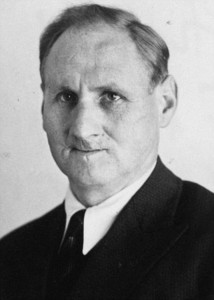 Dr Hirt and his assistants then began to submerge the bodies into synthetic alcohol to preserve them. By the time the Allies liberated France in 1944, the bodies still remained in their preserve at the institute. Himmler had ordered for the collection to be destroyed, but the Allies had reached the institute before the order could be fulfilled.

The majority of the bodies were buried straight after the war in the cemetery at Strasbourg-Robertsau and were later transferred to the Strasbourg-Cronenbourg Jewish cemetery.

Hirt survived the war and fled to the south of Germany, but committed suicide in June 1945, the Mail Online reports.

Now, 70 years after the end of the war, the remains of Menachem and one other prisoner have been discovered still at the institute’s laboratory in jars of preserve.

It is believed that a forensics professor kept the remains.

This week the remains were finally put to rest at the Strasbourg-Cronenbourg Jewish cemetery.