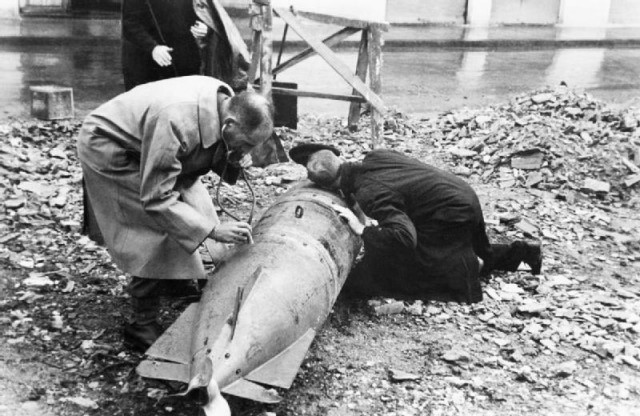 John Hannaford was doing his basic Army training when he was selected for the No. 16 Bomb Disposal Squad based in Cardiff. He had no choice in the matter, so he simply did the only thing he could do – his job.

“I had no experience. My posting was simply pinned on a noticeboard,” John remembers. “I’ve no idea why I was chosen. My two mates became a road builder in South Africa and engineer in the West Indies. I got bomb disposal.”

Back in John’s day the unit was equipped with only a stethoscope, leather gloves, a hammer and a chisel. Using these meager implements, they dismantled countless bombs.

“I’ve no idea how many we defused. We risked our lives non-stop.”

John is now 100 years old, and believes that in an occupation that saw more than 1,000 good men die, it may be the Angel of Good Fortune that has brought him this far. “You could say I’m one of the luckiest men alive,” John said. “So many of my comrades died. A lot of beating a bomb was about skill – a lot about luck.”

It was a rapidly developing science, and the units had to keep up with ever-changing demands. In June of 1940 the German military arsenal changed, and bomb disposal units had to adapt from working on defusing an initial 20 devices to an astounding 3,000 just four months later.

“Some bombs you recognized and knew how to deal with, but the Germans were constantly changing their engineering and wiring so there were new challenges all the time.

Throughout the war the bomb disposal squads defused over 60,000 explosives, including butterfly bombs, anti-aircraft shells, and incendiaries. 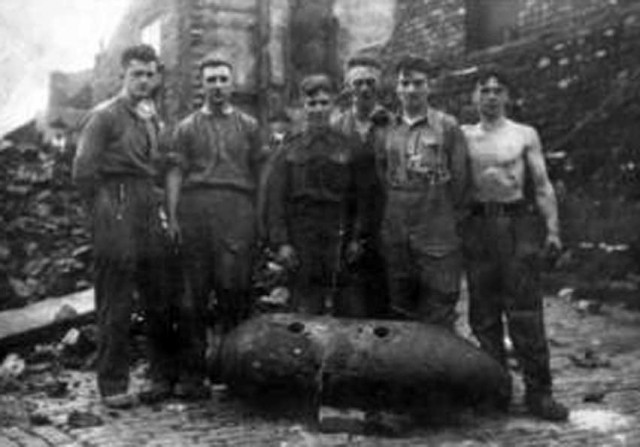 No one will ever know the full extent of the bomb squads’ contributions to the war, or how many lives they saved; and how many deaths they prevented. They were awarded with 115 George Medals and 13 George Crosses, but former Captain Hannaford thinks that they have been left behind by history, and their efforts and sacrifices forgotten.

“We have become the forgotten part of Britain’s war and I can’t get over the fact we have been written out of history,” John lamented, the Mirror reports.

“It almost killed me several times but I am still here and, on behalf of all those officers and other ranks who were killed, I ask that their part is recognized.”

A campaign is being run by Blesma, a charity dedicated to limbless veterans, to properly recognize the efforts of bomb disposal units in every way.

Charity chief Brigadier Barry Le Grys said, “Their role in defending life should be widely appreciated. It’s a task that has continued in every conflict from Northern Ireland to Iraq and Afghanistan.”

In 1940 St Paul’s Cathedral was saved by two officers from the bomb disposal squad who successfully disarmed a 4,100lb explosive that had landed on its steps. Appropriately, the cathedral will now play host to a service, to be attended by Prince Harry, commemorating the 75th Anniversary of bomb disposal by recognizing it as an official military discipline.