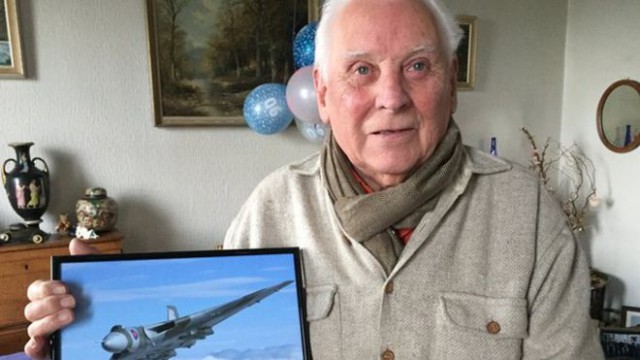 Geoff Bainbridge joined the RAF in 1942 and became a wireless operator, flying with numerous aircraft throughout World War Two.

When Geoff flew with the first crew of the Vulcan Bomber they achieved taking the aircraft through the sound barrier. He says that there were extensive trials to fly the aircraft and that when they broke the sound barrier, it had to happen out at sea so that they could ensure no damage would be done on land.

Geoff says that flying an aircraft at that speed could mean easily losing control, but with experienced pilots – they would be able to handle it.

The Cuban Missile Crisis was a 13-day (October 16–28, 1962) confrontation between the United States and the Soviet Union over Soviet ballistic missiles deployed in Cuba. It played out on television worldwide and was the closest the Cold War came to escalating into a full-scale nuclear war.

The United States established a military blockade to prevent further missiles from entering Cuba. It announced that they would not permit offensive weapons to be delivered to Cuba and demanded that the weapons already in Cuba be dismantled and returned to the USSR.

After a long time of tense negotiations, an agreement was reached between Kennedy and Khrushchev. Publicly, the Soviets would dismantle their offensive weapons in Cuba and return them to the Soviet Union, subject to United Nations verification, in exchange for a U.S. public declaration and agreement never to invade Cuba without direct provocation.