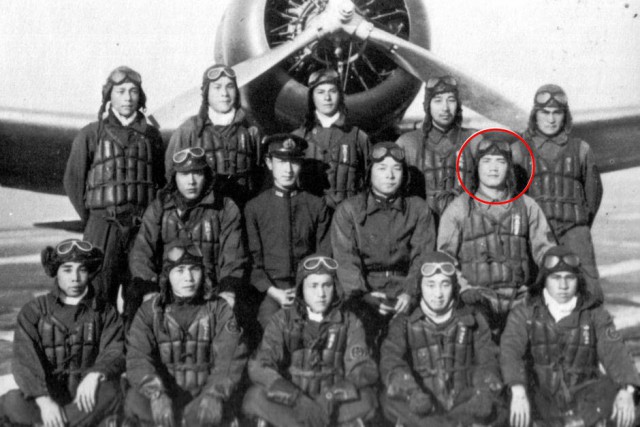 On the rugged northern coast of Australia, in the area known as the Kimberleys, lies the historical coastal town of Broome, famous for its pearl industry, sandy beaches, mangrove swamps, dinosaur tracks and rich wildlife. This area falls within the traditional territory of the Aboriginal Yawuru people.

A region of dry bush close to Broome may hold the key to solving a mystery that has bedevilled historians and locals for many years. During the Second World War, the Broome area was subjected to several Japanese attacks from the air. One particular raid on 3rd March 1942 resulted in some 90 deaths on the ground, which included some people who had fled the Japanese invaders of the islands of the Dutch East Indies (present-day Indonesia).

In that same attack, the Japanese lost a single air force pilot, Osamu Kudo, who was flying his Zero when he was attacked and shot out of the sky above Broome by an Allied fighter pilot. No one at the time or since has ever managed to find Mr Kudo’s body.

A visiting archaeologist, Professor Silvano Jung, who has been working on the mystery, now feels he is getting close to solving it. He has arrived at the conviction that Mr Kudo was buried by a party of Yawuru elders; and he is racing to save the burial site. Jung is worried, though, that the approaching rainy season may beat him in this race, and finally put paid to ever entirely solving the mystery by washing away all traces of the pilot’s remains and grave.

Jung had been told by one of the elders, Jimmy Edgar, that some Yawuru people had found the body of the pilot and had given him a burial. Mr Edgar had asked Jung if wanted to be taken to the place where a Japanese war-time pilot had been buried. The startled Jung had leapt at the chance. Mr Edgar had described how the pilot had been discovered suspended lifeless in his parachute, which was tangled in mangroves. Jung made a quick examination of the site, which revealed a simple cairn of stones perched near the edge of a sandy coastal cliff. It wasn’t clear to Prof. Jung, though, whether the cairn marked the grave of Mr Kudo or of one of the people killed on the ground that day, a young Dutch girl.

The Kimberleys are exposed in summer to the full force of cyclones, with torrential downpours. Jung fears that one more season of heavy rain is likely to erode the cliff and wash all remaining evidence clean away. He is urging others to help establish whether the stones mark a grave or simply a memorial. If it is a grave and they can manage to excavate a little, they may be able to identify the remains. And if they can establish that Mr Kudo was indeed buried at the site, they would like to be able to exhume the body and return it to Japan, the ABC News reports.

The Yawuru representatives have given their blessing to this plan. However, Mr Kudo’s son, who was contacted through a radio appeal in Japan, has not. He has stated that his father would be regarded as a killer instead of a hero. Prof. Jung says that it is a pity that Mr Kudo’s contribution to the war effort cannot be recognised. He was, after all, just obeying the orders of his commanding officers.