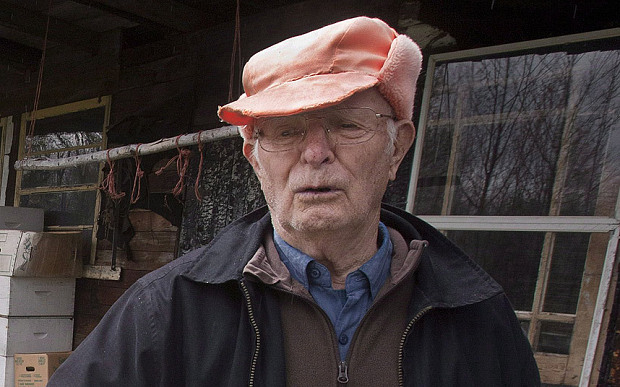 A Canadian newspaper Globe and Mail has reported that one of last surviving Nazi war criminal has died at the age of 93.

Simon Wiesenthal Centre, a US based organization, had listed Vladimir Katriuk as the Second most wanted War Criminal in 2015.

The legal team of Vladimir Katriuk informed the press on Thursday that he has passed away the week before. According to Katriuk lawyer a barrage of unwarranted harassment made the last phase of Katriuk life really miserable. He also added that Katriuk is at last in a better place now, away from harassment and wretchedness.

Katriuk came to the public eye in 1999, after a ruling by the Federal Court of Canada, which suggested that Katriuk had used lies and deception to obtain his Canadian citizenship. Court maintained that Katriuk concealed his past and hid the fact that he collaborated with Nazis during the Second World War. However the court was unable to find any substantial evidence of atrocities committed by Katriuk during WWII.

Katriuk asserted that his presence in a Ukrainian battalion was not his sole decision. He maintained that during the WWII Katriuk along with a number of other soldiers from Ukraine were forced by the Nazis to enlist in the Battalion, which committed war crimes against Jews and other anti Nazis in Belarus and Ukraine.

Katriuk urged that he always resented being the part of the battalion, and when the right moment came, after he was deployed in France in 1944, he made a run for it and deserted his battalion. Katriuk stayed in the France after the war and decided to immigrate to Canada in 1951.

In the court findings it was revealed that Katriuk had actually falsified his application by using his brother’s name instead of his own.

Canadian Prime Minister, in a controversial decision, decided not to revoke Katriuk’s Canadian citizenship. A number of organizations working for the Holocaust victims and war crimes opposed this decision and maintained that Katriuk’s case must be reopened for trial, The Telegraph reports.

After moving to Canada Katriuk mostly led a quiet and peaceful life in a small Canadian town of Ormstown. He adopted the profession of bookkeeping, and devoted rest of his life to it. Most of the Nazi criminals alive today are in their 90’s. None of them is a high profile Nazi officer; they are rather small-scale Nazi collaborators from the Occupied territories.