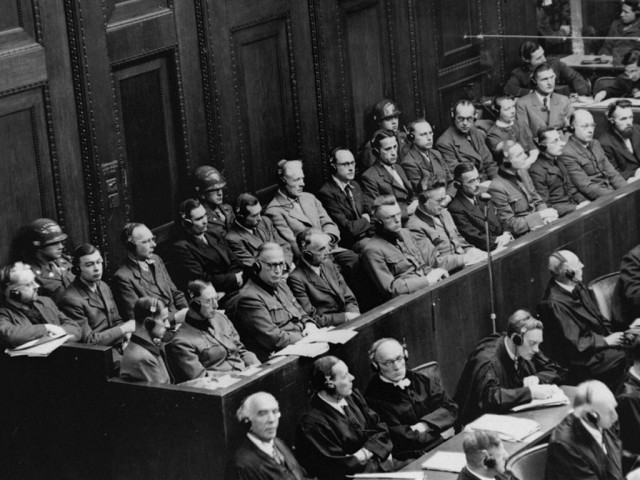 It has been 70 years since the Nuremberg trials undertook to investigate and charge high-ranking Nazi officers for their role in war crimes committed during World War Two. Nuremberg is one of the most famous legal trials in all history, and at the time it was the most widely covered event, generating intense media coverage.

The City of Nuremberg’s Palace of Justice was renovated so that the trials could take place there, and a visitor and media gallery were added so that the trials could be watched by more people. New technology was also installed, including automatic translation systems. The trials lasted for one year, and around 400 people attended the trials each day, along with 325 members of the press from over 20 different countries. This meant that more people around the world could watch and keep up to date on the trial.

One journalist writing for the New Yorker, Rebecca West, commented that 10 months into the trial, the day-to-day court proceedings got boring. The prosecution’s approach to the trial was unique and had been carefully constructed before the trials even began.

A public record was created of the many war crimes committed throughout the war by the Germans. There were around 19 teams whose sole purpose was to investigate the crimes, find evidence, interview witnesses, visit the sites at which the crimes had taken place, and eventually create a public record of the atrocities.  The chief prosecutor was Robert H. Jackson stated that it was his belief that the public record had to be created so that future generations would be able to acknowledge what had happened.

The prosecutors saw the trials as a way to not only sentence the Nazi leaders but also to create a huge record of what the Third Reich had done.  It was to stand the test of time and forever be a testament to the horrors of Nazi rule. It is the evidence that was collected at Nuremberg that has informed much of our understanding of what took place during the war, including the Holocaust, conditions at Auschwitz, and the sheer number of six million Jews having been killed.

In total, prosecutors gathered 3000 tonnes of records for submission to the Nuremberg trials. The prosecutors also cleverly based all of their accusations on Nazi documents – documents that the Nazis had themselves written. This would prevent any allegation of bias by the defence.

Many Nazi documents had been destroyed once the Germans understood they were not going to win the war while others were destroyed in the mass Allied bombing raids that took place across Germany. However, as Allied forces advanced across Germany in the final months of the war, they also managed to collect millions of Nazi reports and documents to be used during the trials.

The trials began only a few months after the war had ended, so the task to manage and assess the documents was massive. This is why the trial remained somewhat boring to some on a day-to-day basis, as the documentation was brought before the courts. Besides those documents, photographs, personal albums, and original Nazi film footage was used throughout the trials.